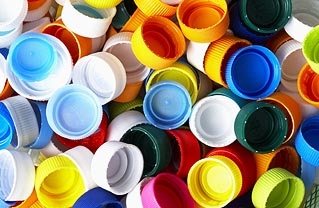 The world demand for caps and closures is projected to rise 5.3% per year to reach $46 billion in 2016, according to a new study from The Freedonia Group.The study cites value gains will be supported by raw material price increases and greater use of value-added closures such as dispensing, child-resistant and tamper-evident types.

In addition, the increase is driven by the continued popularity of single-serving bottles in the beverage market and further inroads by plastic containers into closureless packaging segments such as metal cans. The beverage segment will remain by far the single largest cap and closure market, supported by the continued popularity of single-serving beverages and the widening presence of plastic bottles in markets once dominated by metal cans.

Preventing faster gains will be the maturity of several large beverage applications such as beer and carbonated soft drinks. Competition from closureless packaging options, such as aluminum beverage cans, peelable lidding and pouches, will continue. However, the study said a significant deceleration in bottled water growth due to environmental concerns will also moderate cap and closure prospects.

In terms of materials, plastic will continue to account for the largest share of cap and closure demand and will also see the fastest increases. Demand for metal caps and closures will see below average growth, as they continue to lose market share to plastic closures. Among other closure types, elastomer and rubber stopper demand will register strong gains, driven by widespread use with plastic vials and large volume parenteral packaging in the pharmaceutical, medical diagnostic and other health care markets.

Overall, the most rapid increases in cap and closure demand will occur in the world’s developing regions. The Asia/Pacific region, particularly developing Asian countries, will post fast gains and remain the biggest market due to its large food and beverage industries. The highest growth rates are expected in India and China, with Indonesia, Brazil, Russia and Mexico also expected to see healthy advances. In contrast, market maturity in developed countries, as well as market saturation in bedrock applications such as bottled beer, water, and carbonated soft drinks, will moderate overall growth.