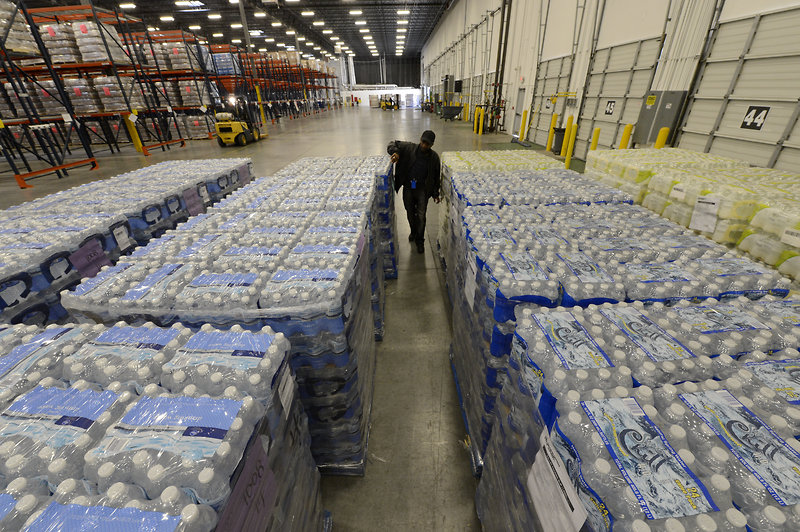 In 2008, the New York City Council announced that bottled water would no longer be available at city council events or official functions. A New York Times article covering that initiative stated, “Mayor Michael Bloomberg, a co-sponsor of the resolution, is a self-professed consumer of New York City tap water.”

“Not only at home, but at every restaurant,” he said. “Every time they say, ‘Would you like tap or still?’ I say, ‘New York City. This is the best water in the world. Restaurants like to sell bottles of water, I understand, but I always drink tap water.” This statement was made before anyone suspected that just a few years later, a hurricane would menace the East Coast with powerful winds and a record storm surge. Hurricane Sandy has affected millions along the East Coast and caused massive destruction. Recovery efforts are underway and a very familiar friend might be a saving grace in a seemingly hopeless situation: bottled water.

In the wake of Sandy, Bloomberg announced the city would send prepared meals and bottled water to residents having difficulty acquiring food and drink. New York Gov. Andrew Cuomo recently issued an executive order to suspend regulations to allow drinking water donations for New Yorkers affected. The State Department of Environmental Conservation (DEC) issued individual waivers of container deposit requirements for water donated by manufacturers and will consider other requests for waivers, according to a news release from the governor’s office.

“It is critical that safe drinking water supplies can reach New Yorkers in need as soon as possible,” Gov. Cuomo said in the news release. “The actions taken by the state today to help companies distribute bottled water to hard hit communities are the right and practical thing to do, while still protecting the public’s health and safety. I thank the companies for their donations to help New Yorkers during this time of emergency.” While plastic water bottles are commonly viewed as the healthy alternative over soda for consumers, concerns about landfill waste have sparked outcry and various bans across the country, pre-hurricane that is.

For example, Concord, MA recently become the first city in the U.S. to ban the sale of single-serving PET bottles of 1 liter (34 ounces) or less in Concord, and stores could be fined up to $50 for violating the ban. The state Attorney General’s office has approved the new bylaw. No word on what happens if any type of environmental disaster hits the city and they’re left without tap water.

Bottled water industry steps up to the plate

The International Bottled Water Association (IBWA) is working with its member bottlers to deliver supplies of bottled water to victims of Hurricane Sandy. IBWA member bottlers began preparing to provide substantial supplies of bottled water as the storm approached, according to the news release. Working in coordination with the Federal Emergency Management Agency (FEMA); state, county, and municipal emergency management agencies; and emergency relief partners including the American Red Cross and AmeriCares, IBWA’s members are supplying clean and safe drinking water to hurricane victims in New Jersey, New York, and other stricken areas in the Mid-Atlantic and Northeast. 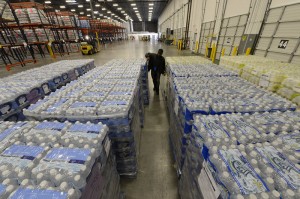 For example, one company has so far delivered 12 truckloads of bottled water to Red Cross warehouses in Middletown and Somerset, New Jersey, for immediate distribution to Jersey Shore towns most in need of clean drinking water. Additionally, through AmeriCares, bottled water has been distributed to The Salvation Army for Nassau County, the Food Bank for New York City, and Vermont food banks to help residents affected by the storm.

Other IBWA members are working through Convoy of Hope, which has deployed a rapid response team, complete with emergency relief supplies, to its Long Beach, New York, distribution facility. The organization is receiving and distributing daily tractor-trailer loads of supplies including bottled water, microwaveable meals, trash bags, and other basic essentials.

The New Jersey Department of Health noted in a recent email to IBWA, “We at NJDOH and the citizens of New Jersey appreciate your organization’s and its members’ generosity and concern during our time of need.”

Nestlé Waters North America announced that five million bottles of water will be arriving to New York and New Jersey communities hard hit by Hurricane Sandy. Approximately 100 trucks will be converging on the region from (NWNA) plants in Pennsylvania, Michigan, Texas and Maine, where employees are working to meet the acute needs of storm victims. FEMA and the New York Office of Emergency Management made the request for bottled water to meet immediate need in the region.

Nestlé Waters North America is also donating 200,000 bottles of Poland Spring water that had been designated for the NYC Marathon. After the event was cancelled, all of that bottled water is being turned over to relief agencies. This brings total bottled water donations by NWNA to more than 775,000 bottles, most of which have by distributed through disaster relief partners AmeriCares and The American Red Cross. Walmart has donated roughly one million bottles of water, half going to the five boroughs of New York City and half going to the state of New Jersey.

“The bottled water industry has always been at the forefront of relief efforts during natural disasters and other catastrophic events,” said Chris Hogan IBWA VP of communications, in the news release. “Throughout the years, bottled water companies have immediately responded to the need for clean water after disasters such as hurricanes, earthquakes, tornados, flooding, and wildfires; or the terrorist attacks on the Pentagon and World Trade Center.”

“Having access to safe, clean drinking water is important to everyone’s survival, but this becomes paramount during disasters such as this when municipal supplies may become compromised,” Hogan continued. “During these times, bottled water is a necessary and reliable option to deliver clean, safe drinking water.” If bottled water bans became widespread, what would happen in times of crisis when clean drinking water is not available? I’m not sure if that is something people consider when they rush to ban various products.