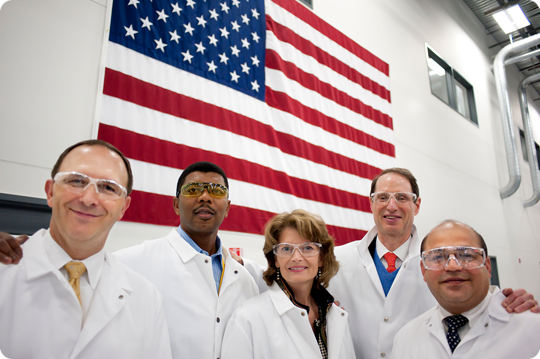 From 2007 to 2010, US solar panel manufacturing industry operators benefited from federal government tax credits and increasing renewable-energy demand. However, these trends reversed in 2011 as the domestic market was saturated with cheap solar panels, causing revenue to collapse. In the next five years, the industry will continue its decline as unprofitable firms exit the industry, according to IBISWorld.

But as silicon prices fell, international manufacturers were able to pump out large quantities of low-cost solar panels, increasing competition with the US industry. Consequently, solar panel prices plummeted in 2011 and revenue deteriorated, falling 21.6% in 2011 and an expected 32.5% in 2012. As a result of the contrasting trends over the past five years, revenue is estimated to fall at an annualized rate of 3.9% to US$823.1 million in 2012.

“These trends reversed in 2011, though,” says Yang, “when the domestic market was saturated with cheap solar panels, mostly from China. As a result, solar panel prices deteriorated, causing revenue to collapse.” This was further exacerbated by the European debt crisis, which reduced international demand for US-manufactured solar panels. Low solar panel prices also cut into industry profitability, causing firms to exit this industry. Besides, more industry firms are anticipated to scale down manufacturing operations due to international competition.

Furthermore, he expects in the next five years, the industry will continue its decline as unprofitable firms exit the industry. Though government incentives will slightly mitigate falling revenue, and recently enacted trade tariffs will also slightly reduce competition from imports, US domestic firms will still have difficulty competing on manufacturing cost against their Chinese counterparts. Consequently, industry firms are anticipated to restructure operations to focus on solar power plant design and construction or high-tech, high-efficiency panels that are superior in quality to imported solar panels.