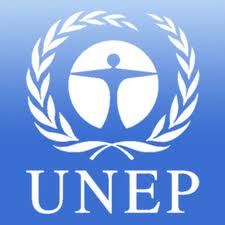 The UNEP in its two recently released reports urges product designers to ensure that rare earth metals can be easily recovered at the end-of-life stage. The reports state that the potential for recycling is ‘enormous’ as countries around the globe generate between 20 and 50 million tonnes of e-scrap per year. In Europe alone, the figure exceeds 12 million tonnes and is expected to grow at a rate of at least 4% annually. Meanwhile, less than one-third of some 60 metals studied have an end-of-life recycling rate above 50% and 34 elements are below 1% recycling.’As populations in emerging economies adopt similar technologies and lifestyles to those currently used in OECD countries, global metal needs will be three to nine times larger than all the metals currently used in the world.’

This consistent growth in demand calls for a ‘rethink’ of current recycling practices.Increased recycling of metals can be expected to ‘alleviate some of the adverse environmental pressures’ from the use and production of metals. But the increased recycling rates alone will not be sufficient and ‘need to be accompanied by a levelling-off of the demand curve for metals’.In order to boost historically low recycling rates, a global move from a Material-Centric to a Product-Centric approach, in which recycling targets specific components of a product and their complexity at its End of Life (EoL) and devises ways to separate and recover them, is essential.

CWRE Sells Half of Show Floor Seven Months Out

Author plasticsinfomart 173
the key players in the global plastics trade will continue to facechallenges on different fronts. But it is obvious from the rise of othercountries...
Read More