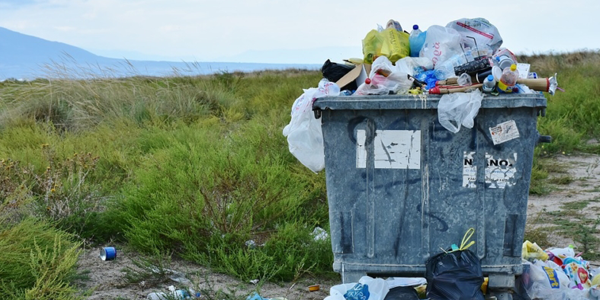 Millions of tons of waste plastic from British businesses and homes may be ending up in landfill sites across the world, the government’s spending watchdog has warned.

Huge amounts of packaging waste is being sent overseas on the basis that it will be recycled and turned into new products. However, concerns have been raised that in reality much of it is being dumped in sites from Turkey to Malaysia.

Every year, British households throw 22m tons of waste into the bin. Recycling rates have stagnated at about 44% and the UK is unlikely to hit its target of 50% by 2020.

Britain does not have the requisite infrastructure to recycle its own plastic waste, so it is sent abroad.

Packaging recycling obligations require more than 7,000 firms responsible for generating waste to demonstrate that a certain amount has been recycled.

But a report by the National Audit Office (NAO) criticised the Environment Agency’s oversight of the scheme in England.

It also said Michael Gove’s Department for Environment, Food and Rural Affairs had not done enough to assess the wider effectiveness of the system and “has not been sufficiently proactive” in managing the risks associated with the rise in exports of waste.

Under the scheme, firms with recycling obligations contributed £73m in 2017 to the cost of dealing with their waste by paying for “recovery evidence notes” from reprocessing plants or exporters.

Since 2002, the amount of waste sent overseas to countries including China, Turkey, Malaysia and Poland has increased sixfold — accounting for half of the packaging reported as recycled last year.

But the NAO said: “We are concerned that the agency does not have strong enough controls to prevent the system subsidising exports of contaminated or poor-quality material.”

There was a risk that some material was not recycled to UK standards “and is instead sent to landfill or contributes to pollution”.

The watchdog acknowledged that “while there are questions about the exact scale of packaging recycling”, rates had increased since the system was introduced in 1997.

But it added: “The system appears to have evolved into a comfortable way for government to meet targets without facing up to the underlying recycling issues. The government has no evidence that the system has encouraged companies to minimise packaging or make it easy to recycle.

“And it relies on exporting materials to other parts of the world without adequate checks to ensure this material is actually recycled, and without consideration of whether other countries will continue to accept it in the long term.”

The head of the NAO, Sir Amyas Morse, said: “If the UK wants to play its part in fully tackling the impacts of waste and pollution, a tighter grip on packaging recycling is needed.”

He added: “The government should have a much better understanding of the difference this system makes and a better handle on the risks associated with so much packaging waste being recycled overseas.”

Historically, British recycling has been sent to China. Its dominance in manufacturing meant that for years it was the world’s largest importer of recyclable materials. In 2016, it imported 7.3m tons of waste plastics from developed countries including the UK, the US and Japan.

British companies alone have shipped more than 2.7m tons of plastic waste to China and Hong Kong since 2012 — two-thirds of the UK’s total waste plastic exports, according to data from Greenpeace released last year.

But last summer the Chinese government announced it intended to stop the importation of 24 kinds of solid waste by the end of the year, including polyethylene terephthalate (PET) drinks bottles, other plastic bottles and containers, and all mixed paper, in a campaign against yang laji or “foreign garbage”. These drastic restrictions resulted in traders looking for other countries to take in recycling waste.

A Defra spokesman said: “Since the current packaging producer responsibility regime was introduced, recycling rates have increased significantly. However, there is much more to do. We don’t recycle enough waste, and we export too much of it.

“That’s why we have already committed to overhaul the system, and we will set out our reforms in the resources and waste strategy later this year.”