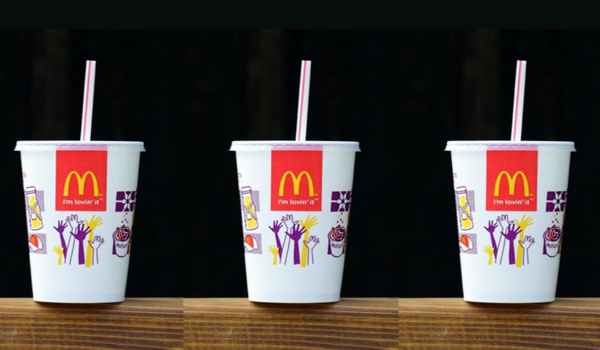 If the grisly images of marine life maimed and killed by waste plastics aren’t enough to get our attention, new Australian research linking plastics to smaller penises probably is. As Fairfax Media reported on Thursday, two University of Melbourne researchers have concluded that exposure to the chemicals in plastics is “the No. 1 reproductive issue for men”.

It is some of the same chemical additives that make plastics so durable and versatile that are in the spotlight, including BPA (Bisphenol A) and phthalates. These endocrine disruptors can mimic the body’s natural hormones and have been linked to various health issues including infertility. In 2014, a Choice investigation found these additives can leach into food via plastics packaging.

The new University of Melbourne results are controversial and regulators worldwide have long claimed low level of exposure via plastics is safe. But, while the scientific debate has a long way to run, our love affair with plastics is fast souring. As, one plastics industry magazine recently noted, public opinion has turned “downright cantankerous”.

As a result, governments and businesses are lining up to spruik their plastics plans and bans. Last week, McDonalds and then Hungry Jacks heralded the end of their plastic straws in Australia. In the Netherlands, a major supermarket has announced a world-first “plastic-free aisle”.

Meanwhile, the plastics industry is in the throes of an historic shift as demand for alternatives to conventional petroleum-based plastics soars. And, a promising new generation of bioplastics made from renewable natural materials is waiting in the wings.

Bioplastics are, undoubtedly, more desirable; they don’t use fossil fuels, they don’t contain BPA or phthalates and they are compostable, so can be turned back into soil. The first generation of bioplastics is already on the market. You’ve probably used them. If your take away coffee cup is compostable, it has a plant-based inner liner and a lid made from corn, instead of plastic.

Initial concerns that bioplastics made from agricultural crops could undermine food security are also being addressed. New bioplastics in the pipeline are derived instead from the waste left over from agriculture and food processing, or even from bacteria, algae and the exoskeletons of critters like crustaceans and insects. All of which sounds amazing.

But, here’s the rub. Bioplastics need the steady high temperatures (60 degrees) of industrial composting facilities to be effectively processed – if they broke down at much lower temperatures we’d have to worry about them disintegrating on the supermarket shelves.

A recent United Nations report concluded bioplastics and other natural alternatives to plastics show “great potential”. But, only if we design and build industrial composting facilities and collection systems to match – and if businesses and ordinary citizens make the effort to put them in the right bin.

That might seem obvious. But, the global plastic pollution crisis is the result of two main human failings; we have not valued and recaptured conventional plastics for recycling on any meaningful scale, and we’ve treated the natural environment like a rubbish tip. That model won’t work for compostables either.

Unfortunately, Australia’s record of processing organic waste is poor. We continue to dump huge volumes of potentially useful organic material in landfill, including almost 60 per cent of our food waste. Likewise, most compostable packaging goes to landfill.

Few cities yet have the kind of large-scale composting infrastructure that is needed. But, there are opportunities to move fast if we innovate. In Auckland, a new network of compost bins was rolled out across the CBD in response to the sharp increase in cafes and food outlets swapping plastics for compostable cups and containers.

This is not a government initiative. The distinctive cardboard bins are provided by a New Zealand supplier of plant-based, compostable packaging, Innocent Packaging, and go direct to a private industrial composting facility. This is one interesting post-plastic model – and there will be many more to come. We now have invaluable opportunity to redesign our waste systems to reap the benefits of a new generation of plastic alternatives.

Louise Williams is a former Fairfax Media journalist and is the co-author of Quitting Plastic, a practical guide to reducing the plastic in your life, to be published by Allen and Unwin in 2019.