The UK has voted to leave the European Union in what has been described as a “historic referendum”, with senior industry figures from across plastics, automotive and manufacturing urging the Government to provide stability in the wake of the result.

The country voted 52% – 48 % in favour of a leave vote, with England and Wales strongly in favour of Brexit and London, Scotland and Northern Ireland voting to remain. 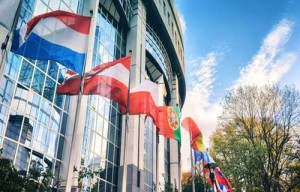 The London Stock market reacted by plunging more than eight percent in the wake of the news, with the pound falling to its lowest level against the dollar since 1985.

Mike Boswell, Chairman of the Polymer Compounders and Distributors Group at the BPF and Managing Director of Plastribution, said the UK exit from the EU would result in higher polymer prices as the pound weakens against the USD and Euro.

“I would say that from a business perspective we of course have to live with the outcome of the referendum, but from what we see so far the implications of a weaker GBP is price inflation for plastic raw materials where prices are typically Euro or USD denominated and this will certainly start to impact prices from the beginning of July,” Boswell told BP&R.

Mike Boswell remains confident about the future of the UK plastics industry
“On the other hand, devaluation of the GBP will make the UK more competitive from a value-added perspective and, as we saw following the devaluation of GBP after the 2008 banking crisis, this was good both for UK manufacturing in general and the plastics sector in particular.

Boswell added that beyond the implications for the UK, the decision to BREXIT brings uncertainty to the rest of the EU and it will take time to see how this plays out. However, he remained upbeat about the future of the industry.

“Ultimately, I think that the UK plastics sector will readily adapt to this new European order and we should remain confident about the future prospects for this important sector of the UK economy,” he added.

Agreeing with Boswell’s sentiments that the industry will adapt, President of the PMMDA and Managing Director of Sumitomo Demag UK, Nigel Flowers, said he is “confident” that the UK industry can rise to the challenge of change.

“Whatever your own views are, the decision is done and now we have to come to terms with what that means for UK Ltd,” Flowers explained.

“One thing is for sure the UK manufacturing landscape will change – and it is vitally important that we avoid ‘knee-jerk’ reactions and instead focus on clear leadership from politicians and business leaders alike to ensure that the UK gets the best opportunities from this monumental decision.

“The UK has always proven to be a country which can adapt to change – and a BREXIT vote is just the next challenge we will need to adapt to – I am confident that we can rise to this challenge,” he added.

Protecting the future of the plastics industry

The British Plastics Federation says that despite the many ‘unknowns’ for the industry as a result of the decision to leave the EU, it will work to help its members make sense of changes and move forward.

“Whilst the ramifications of this decision are still not known or understood the BPF will continue working with Government, members and other stakeholders to make sure the interests of the UK plastics industry are protected and developed,” Philip Law, Director-General of the Federation, told BP&R.

“We will also be working closely with members to help them interpret the impact these changes will have on their business.”

Following the result, Prime Minister, David Cameron, announced he would be stepping down as the country’s leader by the time of the Conservative Party Conference in October, having strongly campaigned for the UK to remain in the EU.

During a speech Mr Cameron said the British people had “voted to leave the EU and their will must be respected.”

The Prime Minister pointed to the UK as “a great trading nation” with science and engineering “respected the world over”.

He said that the country now needed stability and that negotiations had to be made with the EU to ensure that all parts of the UK “are protected and advanced”.

Governor of the Bank of England “prepared”

The Governor of the Bank of England, Mark Carney, said that in the wake of the result that “volatility can be expected” but Bank of England was “well prepared” for a leave vote.

Carney said the Bank “will not hesitate” to take additional measures as markets adjust following the UK’s decision to leave the EU.