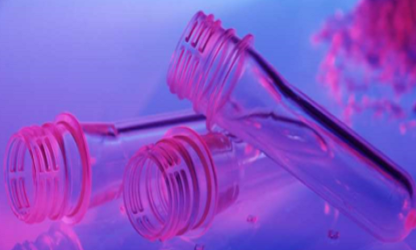 April 5, 2013 – Uhde Inventa-Fischer has been awarded a contract by MICRO POLYPET PVT. LTD., an Indian joint venture comprising the chemical companies RLG Group and Action Petrochem Pvt. Ltd., to build a plant for the production of high-quality PET for bottling and packaging applications. The plant, which will be located in Panipat, India, will have a production capacity of 216,000 tonnes per year. The feedstock, terephthalic acid, will be supplied “over the fence” by the company IOCL following production at an adjacent plant.

Based on Uhde Inventa-Fischer’s patented, state-of-the-art, energy-efficient Melt-To-Resin (MTR ®) technolo- gy, the plant will enable the start-up company to produce top-quality PET pellets that are established in the market. Importantly, the plant has also been designed for integration of a second identical line and can be retrofitted with the Flakes-To-Resin (FTR ®) recycling technology developed and patented by Uhde Inventa- Fischer at any time.

The scope of supplies includes the know-how licence for the MTR ® technology, the basic and the detail engi- neering, supply of all relevant equipment and supervision of the erection and commissioning activities. The client’s operating personnel will also be trained by Uhde Inventa-Fischer’s experienced specialists.  The MTR The MTR The MTR The MTR ® ®® ® pr pprr process oocceessss ocess replaces the cost-intensive solid-state post condensation (SSP) process, thus achieving much lower operating and maintenance costs and a significantly reduced CO 2 balance at a lower investment cost.

Feedstock consumption is also considerably reduced without affecting the high product quality. The MTR ® process is based on the 2-reactor high-viscosity technology developed by Uhde Inventa-Fischer and uses the patented ESPREE ® and DISCAGE® reactors to ensure production of the required high melt viscosity on a sustained basis.

Norner develops plastic materials with a life time of 500 years

Can rice be made out of plastic?