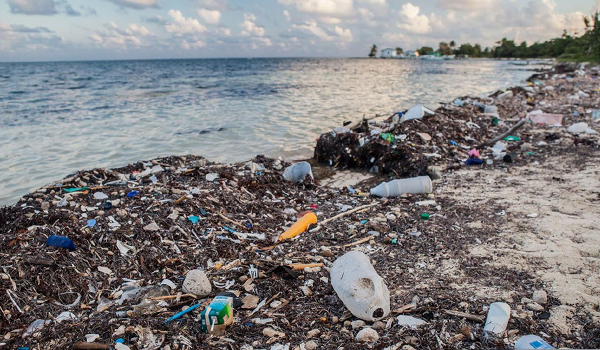 Researchers at the Alfred Wegener Institute, Helmholtz Centre for Polar and Marine Research took core samples from across the Arctic and found up to 12,000 pieces of microplastic particles per liter of sea ice–as many as three times higher than levels in previous studies. They found fragments of packaging, paints, nylon, polyester and the cellulose acetate found in cigarette filters in every sample they took in 2014 and 2015. The scientists believe the plastic drifts to the Arctic because of ocean currents, and considering an estimated 8 million metric tons of plastic end up in our oceans each year (in addition to the estimated 150 million metric tons already there), there’s a lot of plastic to end up in the Arctic.