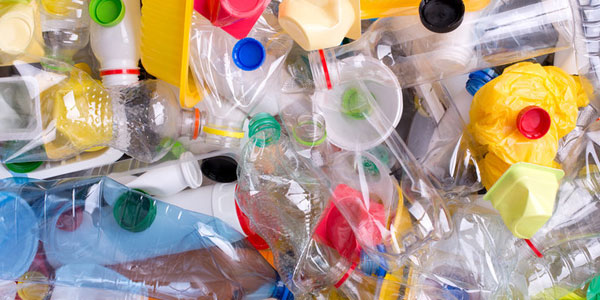 The government should introduce a new tax on virgin packaging to revolutionise the recycling system in the UK and tackle the plastics crisis, according to a new report.

The study, presented to MPs and industry figures at Westminster on Tuesday evening, calls on ministers to impose a fee on packaging materials and offer a rebate for those products that use more recycled material.

The WWF and the Resource Association, which commissioned environment consultancy Eunomia to produce the report, said the proposals would transform the UK’s broken recycling system — and drastically reduce the demand for raw materials, including fossil fuels.

Indonesia: dead whale had 1,000 pieces of plastic in stomach
Read more
Dr Lyndsey Dodd, head of marine policy at WWF UK, said: “Our oceans are choking on plastic, 90% of the world’s sea birds have fragments of plastic in their stomach. Despite the public outcry, more products are being made with virgin, or new, plastic than with recycled plastic.”

Last year the Guardian revealed that plastic production is set to increase by 40% over the next 10 years as fossil fuel companies look to use raw materials produced by fracking in the US.

The new report follows an announcement in October that the government is launching a consultation on the introduction of a tax on all plastic packaging with a recycled content of less than 30%.

But Dominic Hogg, Chairman of Eunomia, said ministers needed to be ambitious and extend the idea to include all packaging.

“This is the kind of mechanism we hope the Treasury will be looking at,” he said.

Ray Georgeson, chief executive of Resource Association, said the report added “real detail” and some “much-needed fresh thinking” to the debate around recycling.

Earlier this year the Guardian reported the plastics recycling industry was under investigation for suspected widespread abuse and fraud within the export system.

Since China banned the import of plastic waste, the UK has been chasing other markets in Malaysia, Vietnam and Thailand, but these countries are also imposing restrictions due to the stockpiling of waste. Exports of UK plastic waste to Turkey are soaring as Britain struggles to find outlets for its packaging waste.

Campaigners say the recommendations of the new report would be a step towards a so-called circular economy — where fewer raw materials are used — creating less environmental damage.

We have some news …
… three years ago, we knew we had to try to make The Guardian sustainable by deepening our relationship with our readers. The revenues from our newspaper had diminished and the technologies that connected us with a global audience had moved advertising money away from news organisations. We knew we needed to find a way to keep our journalism open and accessible to everyone, regardless of where they live or what they can afford.

And so, we have an update for you on some good news. Thanks to all the readers who have supported our independent, investigative journalism through contributions, membership or subscriptions, we are starting to overcome the urgent financial situation we were faced with. Today we have been supported by more than a million readers around the world. Our future is starting to look brighter. But we have to maintain and build on that level of support for every year to come, which means we still need to ask for your help.

Ongoing financial support from our readers means we can continue pursuing difficult stories in the challenging times we are living through, when factual reporting has never been more critical. The Guardian is editorially independent — our journalism is free from commercial bias and not influenced by billionaire owners, politicians or shareholders. This is important because it enables us to challenge the powerful and hold them to account. With your support, we can continue bringing The Guardian’s independent journalism to the world.

If everyone who reads our reporting, who likes it, enjoys it, helps to support it, our future would be so much more secure.