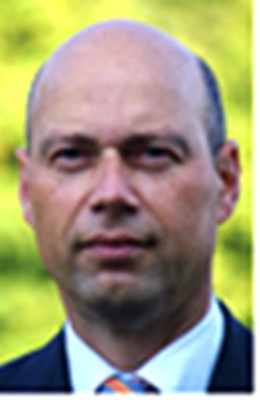 W. CONSHOHOCKEN, Pa., January 10, 2013—Taco van der Maten, product manager for X-ray fluorescence at PANalytical in Almelo, the Netherlands, has been elected to serve a three-year term on the ASTM International board of directors.

A member of ASTM International since 2006, van der Maten is chairman of ASTM Committee F40 on Declarable Substances in Materials. F40 includes more than 130 technical experts who develop standards for the evaluation of materials/products for RoHS, recycling and use of hazardous substances in electrical and electronic equipment; REACH and similar requirements; and rare earth materials. He also leads the task group responsible for updating and maintaining ASTM F2617, Standard Test Method for Identification and Quantification of Chromium, Bromine, Cadmium, Mercury, and Lead in Polymeric Material Using Energy Dispersive X-ray Spectrometry. Van der Maten is also a member of Committee D20 on Plastics and participated in the creation of the ASTM Proficiency Testing Program (PTP) on elemental analysis of thermoplastics.

In 1985, the year he graduated from the Dr.ir. W.L. Ghijsen Institute in Utrecht with a degree in analytical chemistry, van der Maten became a research chemist for Heineken in Zoeterwoude, the Netherlands. He then worked as research chemist, service delivery manager and business development manager at Royal DSM N.V. in Sittard-Geleen before becoming a PANalytical staff member in 2006. In his current position, which he has held since 2006, he is responsible for the global polymer, oils, fuels and petrochemicals markets at PANalytical.

Van der Maten is certified at the highest level for setting up a best practices information technology department in accord with the Information Technology Infrastructure Library, and he is a member the editorial board of the Dutch-Belgian Laboratorium magazine. He was a member of the International Electrotechnical Commission committee regarding RoHS testing standardization. Van der Maten also holds a degree in polymer chemistry from Hogeschool Brabant in Den Bosch, the Netherlands.