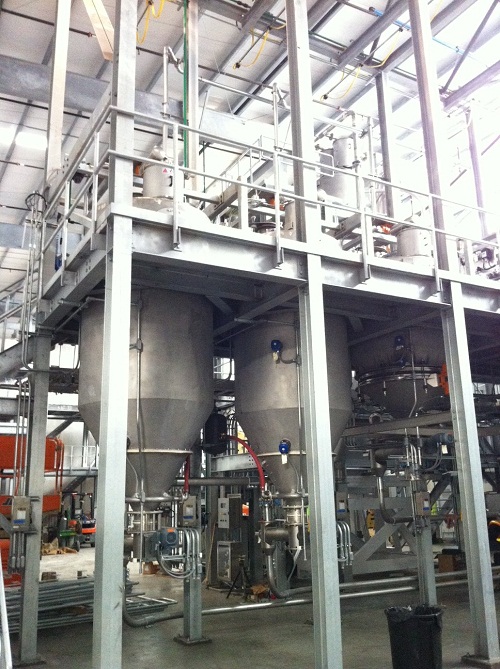 Houston, Texas USA – March 25, 2013 – Songwon Additive Technologies Americas has announced that production of OPS products (One Pack Systems) is to start at a new facility in Houston, USA in April this year. The Houston facility will have an initial capacity of 7.000 metric tons per year and follows Songwon´s investment in Additives Technology Greiz (ATG) in 2011 which was doubled in capacity in 2012 to 14.000 metric tons per year.

The Houston plant is part of Songwon’s global OPS strategy being driven by a Joint Venture between Songwon Industrial Group, Pan Gulf Holding Company of Saudi Arabia and Polysys Industries of Abu Dhabi, for the manufacture and sale of Songnox® OPS (One Pack Systems). OPS products combine a range of additives into one dust-free pellet form and offer a number significant advantages to molders and compounders of thermoplastic materials.

Songwon Additive Technologies AG and Polysys Industries have already announced that they will establish a new company Polysys Additive Technologies ME, which will build an OPS manufacturing plant in Kizad (Khalifa Industrial City of Abu Dhabi), Abu Dhabi to be on stream in the 1st quarter of 2014, also with a capacity of 7.000 metric tons per year.

Doug Excell, Vice President OPS Operations, stated: “The North American Polymer Industry is rebounding strongly with the advent of Shale Gas-Oil and lower energy costs. A few years ago the discussion was about rationalization in the North America Polyolefin Industry and now the discussion is about expansion. This OPS Facility is coming on stream at just the right time to serve the needs of our customers as the industry expands. The new physical form capability, combined with the security of supply through our back integration on the polymer stabilizer components, allows Songwon to present an integrated value proposition to the polymer producers.”

“This investment is yet another landmark step for Songwon”, stated Jongho Park, Chairman and CEO and Head of the Songwon Industrial Group Executive Committee. “Songwon is committed to continuously extending its offering to the global polymer industry. Songwon Additive Technologies AG is the vehicle we have created to accelerate the network of global facilities that offer a wide range of OPS products that are based on identical regional production processes.”