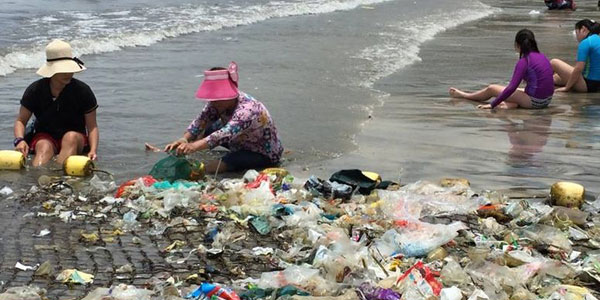 Taking a firm stand on phasing out of all plastic waste and scrap recycling units operating in the special economic zones (SEZs) on environmental grounds, the Centre has decided to stay put on its decision of not allowing renewal of approval for one such unit in the Kandla SEZ. This despite the Gujarat High Court quashing a previous rejection of the submission and ordering a ‘re-consideration’ of the case.

“If the renewal of this case of extension of letter of approval is considered, this again would become a precedent for such cases in future and consequently the larger policy intent of phasing out such units would remain unachievable,” the Board of Approval (BoA) for SEZs said, as per the minutes of a meeting held earlier this month.

The BoA was re-considering the request of Anita Exports, a unit in Kandla SEZ, for renewal of LoA for extension of recycling of plastic waste and scrap. Its first proposal was rejected last year as the unit had been lying defunct for the past many years.

Defunct unit
“Since it is the government’s policy not to allow any new units of plastic waste and scrap recycling to come up and also to phase out existing units in order to protect the environment, the BoA did not want to allow the unit lying defunct for many years to start functioning again,” a government official told BusinessLine.

Further, in 2016, the import of solid plastic waste (the raw material used by plastic recycling units), has been banned in the Domestic Tariff Area and only SEZs are exempted. However, the business model of these units have adverse effect on the environment, the BoA observed, indicating that all such units needed to be phased out.

The case came up for reconsideration following a petition by Anita Exports to the Gujarat High Court against the rejection of its first application for LoA renewal last year and a subsequent order by the Court in May setting aside the previous decision. It asked the BoA to re-consider the case keeping in mind the renewals given to other existing units. In its appeal, Anita Exports had said that two similar units, one in KAZES and the other in NOIDA SEZ, which were also lying defunct and dormant, were allowed approval for revival and renewal of their LoAs by the Board in 2015 and 2016.

Overall policy
The BoA, after re-considering the appeal, said considering the overall policy of phasing out such units in the interest of the environment, there should not be any further repetition of the decisions which have been taken on the earlier referred cases, contrary to the reality and the objectives of the policy. It observed that the unit (Anita Exports) had been closed for seven years, and the balance of conveniences lay in maintaining that position. “Accordingly, the BoA decided not to accede to the request of Anita Exports, for renewal of LoA for extension of recycling of plastic waste and scrap,” the minutes of the meeting said.