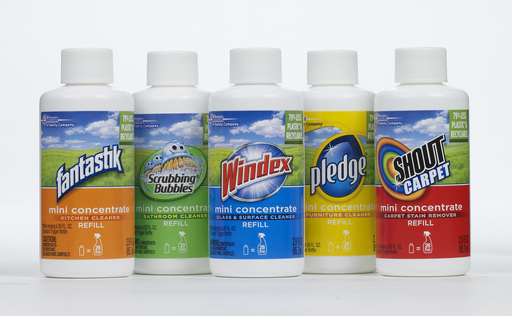 SC Johnson has launched a new strategy to understand what drives behavior changes, especially around recycling, and find ways to promote such behavior.

A SC Johnson spokesperson told PlasticsToday the sustainable behavior change program came together because the company realized “that no one has cracked the code on how to make sustainable choices the norm.”

“The program will test-and-learn what motivates sustainable behavior change among consumers, and ultimately, to help close the persistent gap between consumer ‘green’ aspirations and their every day actions,” the spokesperson said.

The program starts with the company’s partnership with Recyclebank to help increase curbside recycling in 50 communities across the U.S.

“Despite knowing the mantra, reduce, reuse and recycle, there is still room for improvement,” the spokesperson said.

SC Johnson is working toward its own goal of becoming landfill neutral by eliminating or diverting 480 million lb of waste from landfills.

The company intends to achieve this goal by reducing its own waste through reduced product packaging, operational changes, and consumer engagement.

SC Johnson recently set new goals for 2016 which include increasing post-consumer recycled content across the company’s product packaging to 30%, decreasing packaging across its product lines by 5% and offsetting 30% of virgin material use through partnerships and packaging advances.

This line is only available online.

The spokesperson said the company does want to see the concentrated refills on store shelves in the future. But that’s a long-term goal and not something they would expect in less than a year.

“Windex mini in the pouch was about getting the product into consumers’ hands as a first step, and then listening to the feedback,” the spokesperson said. “We did that, and now we’re applying what we heard. But we still won’t be perfect – this is a major change for consumers and we expect it to take a while with lots of learning along the way.”

“The sustainable behavior change program, which will study different tactics during these consumer action programs to see what motivates and increases consumers’ green choices,” the spokesperson said. “For example, do rewards help? Celebrity endorsements? Peer pressure?”

SC Johnson is teaming up in this effort with various behavior-change psychology and marketing professionals. Insights gained will ultimately be shared with the public.

“Sustainable consumption is something we’ve been working from many angles,” the spokesperson said. “It’s a tough nut to crack, but we want to find solutions. We want to understand what’s behind that so that we can really move the dial and help change behavior.”