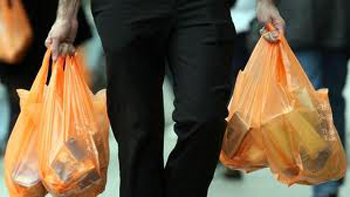 WASHINGTON: The Santa Fe City Council today passed Bill No 2013-30 to ban the distribution of single-use plastic carry-out bags and to impose fee for paper bags. The ordinance was approved with a 7-1 vote. Councilor Ron Trujillo was the dissenting vote.

According to the ordinance, plastic carrier bags thinner than 2.5 mils will be banned. The ban comes into effect in six month time. Residents would also have to pay 10 cents for each paper bag with 40% recycled content. The fee would not affect small paper bags. Initially, the ban will not be applicable to restaurants, takeout food establishments and food banks.

The Sustainable SF Commission will review and evaluate the ordinance one year after implemented and issue a report on the effectiveness to City Council with recommendations on changes to the ordinance to improve its effectiveness.

Councilor Ron Trujillo-the sole dissenter of the ordinance argued that the ban should apply to thicker plastic bags being used by large-chain supermarkets. Some councilors wanted the ordinance to be redrafted so as to include all types of plastic bags. However, majority of the Council members favored passing of the current ordinance for the time being.

However, Santa Fe Chamber of Commerce has raised opposition against the ordinance, saying that it would “add additional bureaucracy and inconvenience” to the task of shopping. Instead, the Council should concentrate more on promoting the City’s recycling efforts.Santa Fe now joins Los Angeles, San Francisco, Seattle and Austin which have already banned plastic bags.

Author plasticsinfomart 106
About two dozen Detroit firefighters continue to battle a blaze at Preferred Filter Recycling this morning. The business, which is located on Gratiot Avenue...
Read More

Expanding Profile Extrusion Capacity? Might Be Time to ‘Go Dual’

US scrap plastic exports declined 5% in 2013