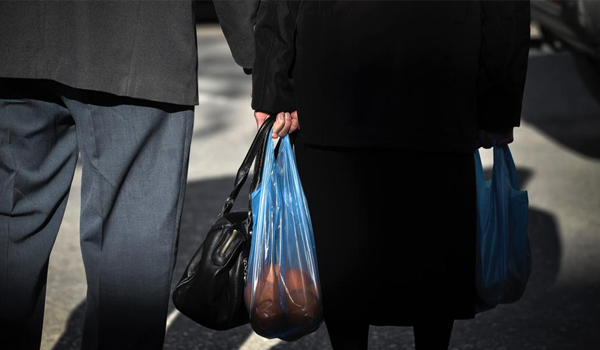 Market experts say that revenues from the sale of plastic bags at shops and supermarkets have reached around 2.5 million euros since the initiative was launched on January 1.

“According to market executives, revenues in the first three months of this environmental levy will be around 2.5 million euros,” said Lefteris Kioses, managing director at the Research Institute of Retail Consumer Goods (IELKA), adding that data point to an 80 percent drop in the volume of plastic bags that supermarkets get through.

Kioses said plastic bag use has also fallen 60-65 percent in the retail market as a whole. The aim of the measure is to drastically reduce the number of plastic bags that end up in the trash in Greece. The revenue from the bag levy will be transferred to the Hellenic Recycling Agency (EOAN).