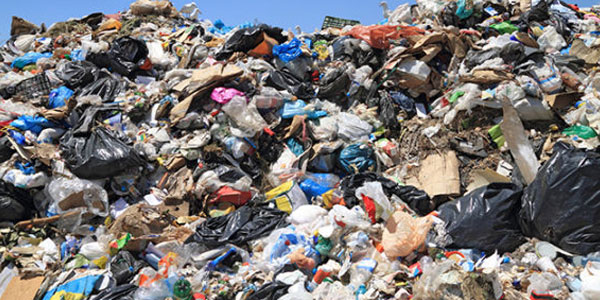 Until about a year ago, few people had reason to wonder where the plastic they tossed into the recycling bin ended up. It was being made into new bottles, bags, straws and beach balls, right?

Wrong: Almost half of it was shipped to China. Then, China announced last year that it didn’t want to buy the stuff anymore.

So, what should we do with all that plastic choking the world’s landfills? Why not recycle it and use it to build roads?

Bound together with plastic polymers, the asphalt will be cheaper and last longer than conventional pavement, according to independent experts.

One European firm already is combining plastic pellets with hot-mix asphalt to resurface roadways. A U.S. company says that once it finds financial backing, its product “could be deployed within six months” with a process that combines asphalt milled from the road’s surface with plastic urethane.

Mixing recycled plastic into asphalt is more common in India and Pakistan than in the United States.

“Every country is going to come up with ways to reuse this recycled plastic,” said Sahadat Hossain, an engineering professor at the University of Texas at Arlington. “I work with Africa and developing countries. Everywhere you go, they’re building new roads — hundreds of miles of them. We could put a lot of this [plastic] material to use.”

And an ambitious Dutch company envisions 100-percent-recycled plastic roads built in sectional panels that can be popped into place like Lego blocks. So far, though, its biggest project has been the test of a 30-meter bike path in a city about 60 miles west of Amsterdam.

No one knows how many tons of plastic waste might be put to use in building roads, bike paths or sidewalks. But the plastic problem became prodigious the minute China stopped taking all but a tiny fraction of what the world produces.

More than 583 billion plastic bottles alone will be produced worldwide three years from now, according to the market research firm Euromonitor International. Bottles take close to 500 years to decompose in landfills, and some plastic items last almost twice as long.

By 2050, plastic floating in the oceans will outweigh the fish, according to a 2016 report by the Ellen MacArthur Foundation.

Without China paying to host the world’s biggest garbage dump, the rest of the world will have no place for an estimated 111 million metric tons of plastic waste that will accumulate in the next dozen years, according to University of Georgia researchers. Since 1992, China has accepted 45 percent of the world’s plastic recycling, they said.

Infusing plastic into highways is in its nascent hour, but the urgency of having no outlet for almost half the world’s plastic suggests traditional recycling may dry up, leaving landfills as the only other option.

“If you recycle plastic and you don’t have a market for it, what is the point?” said Hossain, who heads a test project that uses recycled plastic to shore up raised highway roadbeds in Texas. “So now, we are recycling the plastic, we have a tremendous market. You make this plastic from bottles into small pellets, then mix them with the [asphalt] aggregate material and they become a kind of cement-type material for the pavement.”

So far, companies in the United States and abroad have embraced research into three types of roadway plastics: adding refined plastic pellets to hot-mix asphalt, grinding off the top surface of roads and adding urethane, and roads that essentially are nothing but recycled plastic.

There are several reasons that roads infused with plastic last longer. One company, TechniSoil Industrial, says its roads are eight to 16 times more durable. A key reason has to do with something the industry calls “flow,” a term that translates best to “flexibility.” When the weight of a vehicle presses down as it passes over the asphalt, that pavement doesn’t spring back to 100 percent.

“It flexes back only a percentage” of what it once was, said Sean Weaver, founder of TechniSoil. “Well, that’s why you get potholes and roads start to fall apart. What we’ve found with using plastic [in the recycled asphalt mix] was that we had zero flow.”

“The cities are just amazed they can fix a pothole and never go back to that pothole,” said Weaver, who needs to get more funding for his small firm before it can engage in full-fledged road paving. “The road will fail around it before the pothole fails.”

Weaver’s paving process, which combines recycled asphalt with MDI (methylene diphenyl diisocyanate) urethane, was tested for five years by the University of Nevada at Reno.

“It’s 100 percent RAP — recycled asphalt pavement,” said Elie Y. Hajj, an assistant professor of engineering at the university, who specializes in paving research. “You pulverize it, you add the liquid plastic, and it will come out with a cold mix that they can use as a surface layer” on the roadway.

A Scottish company, MacRebur, says it’s beginning to develop contracts worldwide for its product that puts recycled plastic pellets — a dozen or more could fit in the palm of a hand — into hot-mix asphalt. It’s CEO, Toby McCartney, in a video on the firm’s website, recalled first seeing the plastic-infusion process in India.

“Surely, everyone is doing this already, or people have thought about this?” he said he thought at the time. “But we just hit upon it [ourselves] and came up with the right mix.”

Another entrant in the plastic-road market is a coalition of three Dutch corporations who formed PlasticRoad, a company which says it ultimately intends to build roads made from 100-percent-recycled plastic.

One of its challenges is that plastic alone is a slippery surface.

“We have created a special coating — with proven safety — to make sure the plastic has a rough surface and wouldn’t be slippery,” Anne Koudstaal, an inventor of the PlasticRoad, said in an email. “We’re trying to make the complete road from waste plastics.”