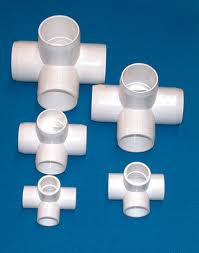 Although India is currently in the middle of its traditional high season for PVC, most buyers are sticking to the sidelines in anticipation of seeing lower PVC prices for May as per the pricing service of ChemOrbis. Players in Southeast Asia are also waiting on the sidelines for now in anticipation of seeing more attractive prices over the near term.

Sellers in much of Asia had been hoping that relatively strong demand from Southeast Asia and especially India would help bring the current declining trend to a stop in May. However, the recent steep declines witnessed in upstream markets has called this outlook into question and persuaded buyers to stick firmly to the sidelines. “Buyers had previously been planning to replenish their stocks, but most have elected to implement further delays on their purchases after crude oil futures on the NYMEX sank below the $90/barrel threshold at the start of this week,” a PVC calendaring manufacturer in India reported. A source from a South Korean producer stated, “We are still hoping to roll over our April prices to May in India as it is currently the high season for PVC in India. Buyers are offering resistance to our sell ideas as they are expecting to see additional price reductions.”

Buyers elsewhere in the region are also keeping to the sidelines while waiting for the market to reach the bottom. A PVC pipe manufacturer in Malaysia said, “We are in no rush to purchase as we are feeling comfortable with our stock levels and our end product customers are also waiting in anticipation of declining raw material prices. We expect a stable to soft PVC trend for May.” A source at a Malaysian producer reported, “Demand is normal in the region, although most buyers are delaying their purchases as they believe that import prices still have some room to move lower. We are not feeling any inventory pressure now and are accordingly planning to wait to see new import prices before setting our own pricing policy.”

According to ChemOrbis, a PVC compounder in Vietnam who purchased some material from both the local market and the import market this week commented, “We are seeing good demand for our end products and purchased some cargoes to maintain our normal stock levels. We are not purchasing extra material now as we think that prices may see some additional declines in the next few weeks. We are not having any trouble finding supplies in the market now.” A source from a Vietnamese producer added, “Demand is OK but most buyers are purchasing only to meet their needs as they expect to see lower prices in the coming month. We are mostly focused on completing our deliveries now and will consider revising our prices once we see new import offers from major Asian producers.”

Author plasticsinfomart 91
If you are involved in the Global Hybrid Injection Molding Machinery Market industry or intend to be, then this study will provide you comprehensive outlook. It’s...
Read More
Market News