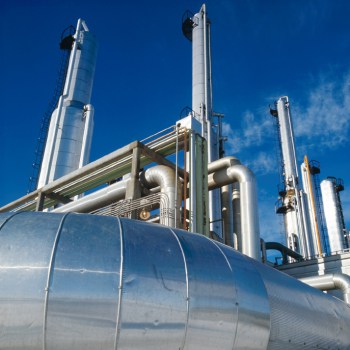 Prices in the global petrochemicals market fell less than 1% to US$1,351 per metric ton (/mt) in October, according to the recent released monthly average of the Platts Global Petrochemical Index (PGPI), a benchmark basket of seven widely used petrochemicals. This follows a 7.5% increase in September to an average of US$1,357/mt.

But on a year-over-year basis, petrochemical prices were up 13% from the October 2011 average price of US$1,200/mt, the Platts data showed. “Without much direction from the supply and demand side, petrochemical prices have been closely aligned with energy for the past month,” said Jim Foster, Platts Senior Editor of Petrochemical Analytics. “Prices of crude oil and naphtha edged lower and with them, the PGPI at large.” The average price of Dated Brent crude oil in October was US$111.75 per barrel (/b), marking a 0.7% drop from the September average of US$112.50/b.

The polyolefin markets also were lower, falling faster than their raw input olefin prices. The low density polyethylene index fell 3% to US$1,483/mt in October, down from US$1,532/mt in September. Polyethylene posted the largest price drop of all seven components in the PGPI Index. Polypropylene, another polyolefin included in the PGPI, slipped 3% in October to an average price of US$1,469/mt, following a September level of US$1,513/mt.

Aromatic petrochemical prices posted small gains in October, with the largest increase in the global benzene market. The benzene index climbed 3% to an average $1,331/mt in October, up from $1,290/mt in September. The increase in benzene was supported by supply shortages in the United States. “Shipping delays from Asia raised concerns about supplies, pushing some US benzene buyers to raise their bids in October, which in turn, translated in slightly higher benzene prices.” Mr Foster explains.

Petrochemical prices also received little guidance from the global equity markets during October. The Dow Jones Industrial Average (DJIA) was down 3% in October, while both the Nikkei 225 and London Stock Exchange Index (FTSE) were up 1%.

And the winners of the PRSE Awards 2020 are…

Author plasticsinfomart 113
“A SWOT Analysis of Advanced and Ultra High-Strength Steel, Professional Survey Report Including Top Most Global Players Analysis with CAGR and Stock Market Up and...
Read More