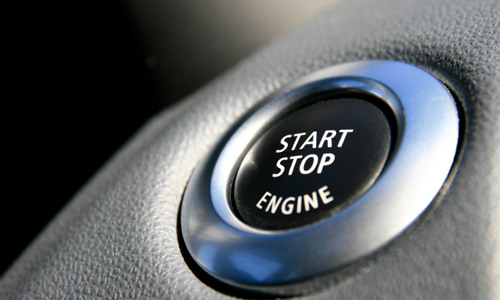 On a macro level, plastics machinery shipments in North America continued to increase in the third quarter of 2018, according to statistics compiled and reported by the Plastics Industry Association (PLASTICS; Washington, DC) Committee on Equipment Statistics (CES). The preliminary estimate of shipments of primary plastics equipment (injection molding and extrusion) for reporting companies totaled $349.4 million in the third quarter. This was a 4.1% increase from the $335.5 million (revised) second-quarter shipments. Year-over-year, shipments grew 5.6%.

“Plastics machinery shipments recovered in the third quarter following a weak second quarter,” said Perc Pineda, Chief Economist of PLASTICS. “We expect higher shipments in the fourth quarter. We have a tight labor market and U.S. manufacturers, including plastics machinery manufacturers, have been working on production backlogs. As a result, shipments are pushed into the next quarters.”

When taking a look at injection molding machinery at the micro level, i.e. individual machinery producers and molders, the picture seems less rosy. Analyst Stephen Simpson, CFA for Seeking Alpha, noted in his latest analysis of Milacron (Dec. 21, 2018) that “life in plastic has not been so fantastic for Milacron.” Its shares have sold off sharply (a 40% drop in the past six months) “as tariffs and end-market weakness threaten the health of the capital machinery investment cycle.” However, Simpson also noted that Milacron “still has multiple long-term positive drivers, including increasing its share of aftermarket parts, service and monitoring, driving a stronger consumables mix, and leveraging restructuring efforts.” Still, “sentiment for capex machinery is very weak and Milacron needs some stronger reported numbers.”

Simpson points to weaker markets as part of the problem, as Milacron reported a small decline in organic revenue in Q3 (on a 2% volume contraction) and a 15% decline in orders, with weakness in China noted. “It looks like tariff-related disruptions have become a bigger issue for Milacron and its client base,” said Simpson. Coming off the third quarter, “management noted that North American orders had started to rebound and orders in India were recovering, but Chinese orders were remaining weaker,” said Simpson. “A host of Japanese machine tool and machinery companies have been reporting declining orders from China in recent months, with companies holding off on capex commitments as they wait to see how the trade dispute with the U.S. plays out.

“While the agreement earlier in December to suspend further tariff implementation helped a little, it hasn’t really done much to improve the overall level of uncertainty, and the next round of increased tariffs could be enough to drive U.S. companies to meaningfully change their supply chains,” added Simpson. “It’s worth nothing, though, that China is only a little more than 10% of the business at Milacron.”

Weaker trends in end markets are also impacting Milacron, according to Simpson’s analysis. “Auto build rates have been weakening and auto capex spending has gotten shaky, even though the long-term trend is still favorable for incorporating more plastics into future models,” he commented. “Packaging looks fairly safe, with low- to mid-single-digit volume growth from most participants, but consumer electronics has definitely weakened and construction looks liable to slow in 2019.”

Competition is another hurdle for Milacron. Simpson points to a few foreign players that have announced plans over the past year to open new U.S. facilities, including Nissei Plastic, Ube Machinery and Engel. “Sumitomo Heavy Industries has been reporting stronger results in its plastics machinery business, with six-month revenue and orders for the period ending September 30 up 17% and 14%, respectively, and the company talking about ‘strong demand’ for its machinery in China,” said Simpson.

It’s not all bad news, reported Simpson. “Although the 15% decline in orders in the third quarter is alarming, there are still some positives with Milacron,” he noted. The company did see a better mix, with stronger aftermarket hot runner and component sales (the MDCS segment, which Simpson called “the exciting part of the story”) helping drive a nearly two-point improvement in gross margin. Weakness in autos and electronics will be a challenge for MDCS, but the “medical market still looks solid and there remains a long-term opportunity for Milacron to drive share gains with hot runners in the coming years.”