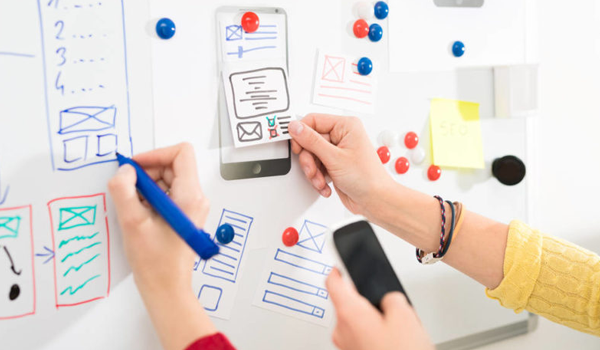 A new website from the trade association is designed to encourage workers in the industry to serve as “ambassadors.”

Earlier this month, the Plastics Industry Association, which represents nearly 1,000 member companies, launched thisisplastics.com. It’s a site designed to make learning about the industry user-friendly for the public–and also for member employees, who sometimes have to fight stigmas about the work they do.

According to PLASTICS Vice President of Communications Mia Freis Quinn, the association had been hearing anecdotally that member employees had been looking for ways to share information about their work without having to produce complex reports or studies. “We heard a lot of, ‘I’ve been in the grocery store, and I’m standing in line, and the clerk asks me, “Paper or plastic?” and I just want to be able to pull out my phone and show them something that says, “Actually, I’d like the environmentally friendly choice, which is plastic,”‘” she said.

Not everybody will agree with that statement, but having it come from an individual carries more credence than it might coming from a corporation or trade group, which is part of the thinking behind the site. “If the information is put out there by a corporation, it’s immediately suspect,” PLASTICS chair Wylie Royce told Plastics News last week after the site’s launch.

The project, in the works for about two years, was led by the association’s communications department, Quinn said, but included input from numerous internal departments, from industry affairs to leadership of councils representing different parts of the plastics supply chain. The site focuses on brief bits of information, delivered through infographics, videos, and quizzes, which address themes of safety, innovation, and economic and environmental impact.

PLASTICS piloted the site last summer with six member companies before the full rollout last week at the association’s tradeshow. For the full rollout, Quinn said, the association looked to identify an “internal champion” at each member company who has volunteered to promote the site. “We’re saying, ‘You’re the quarterback for your company to roll out This Is Plastics and make sure it gets into all of your employees’ hands,'” she said. “And we have metrics with those internal champions about how it’s going.”

In addition to the public-facing information on the thisisplastics.com site, the association also maintains members-only resources for employees who are looking for templates to discuss their work in their communities. “Employees are invited to speak at different community groups about plastics, like local chambers of commerce or Lions Clubs, so we’ve created templates that they can tweak for both their region or their focus that they can take into those kind of presentations,” Quinn said. It’s also developed similar templates for school presentations.

The association doesn’t yet have data it can share about use of the site, but Quinn said engagement is strong both within the industry and among members of the public, who can submit plastics-related questions on the site. The level of member engagement, Quinn said, made the site an appealing promotional option for the association. “You can go spend a whole lot of time and money on a giant advertising campaign, but your lowest-hanging fruit is your own employees,” she said. “You have to make sure that those folks are really empowered and being listened to and communicated with.”