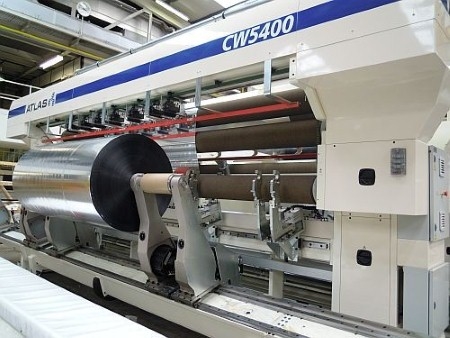 The Atlas CW Series has been designed to cope with the increasing speed of film production lines and also has faster acceleration and deceleration cycles.

Compared to a conventional film slitter running at 1,500m/min. producing rewind lengths of 8,000m, the Atlas CW Series will have a faster rewind cycle, but at only 1,200m/min. When running much longer rewind lengths at a speed of 1,500m/min., together with faster acceleration & deceleration cycles, the new CW Series far out-performs conventional film slitters, said the company.

This latest Atlas technology features wireless rewind arm positioning, automatic knife positioning and direct drive web path rollers ensuring optimum web tension for films as thin as 6 micron and up to 125 micron. Electrical cabinets are now fully integrated in to the machines to reduce the space required for installation with “under floor” service channels no longer required, introduces the company.