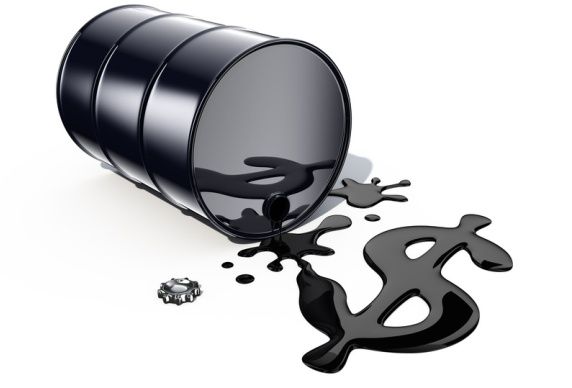 Little-known companies claiming to have privileged access to prized sweet crude oil from Nigeria are offering to sell it at such deep discounts that traders say the deals are too good to be genuine.

Documents seen by Reuters show spot cargoes of several hundred thousand barrels of crude can be picked up at discounts of up to $10 million (R84m). But the documents are suspiciously flawed, suggesting that the financial scams for which Nigeria is notorious have spread to its oil sector.

State oil company Nigerian National Petroleum Corporation (NNPC) has placed a “scam alert” on its website warning of “unsavoury characters purporting to be bona-fide staff of the NNPC or contractors to NNPC or purchasers of Nigerian crude oil or contractors to the Nigerian government”.

The sellers include one British-registered company purporting to be near the top of a sales chain in which oil cargoes can change hands up to half a dozen times before being refined.

Two of the firms said they were able to sell oil cheaply because of special access to NNPC contracts.

The documents point to the difficulty faced by Nigerian President Goodluck Jonathan in making reforms when there is considerable doubt over who is responsible for selling the oil.

Nigeria has pledged to take measures to fight corruption in the oil sector after a hike in state-subsidised petrol prices sparked mass protests in January.

One recent step has been the creation of higher barriers to entry for participation in NNPC’s 2012/13 term allocations. The results have not appeared since the initial tender document was released in March. On Tuesday Jonathan sacked the managing director of the NNPC and three other senior directors.

“To further strengthen the ongoing reforms… and in furtherance of efforts to achieve greater transparency and accountability… President Jonathan has approved the recomposition of the executive management team of the NNPC,” an official said.

“If NNPC only issued term contracts to companies with the capacity to lift crude, then nobody would be able to pose as a company flipping (reselling) a cargo.

“The confusion is a symptom of Nigeria’s sub-optimal system for selling its oil,” she said.

A report that government-funded watchdog the Nigeria Extractive Industries Transparency Initiative sent to the authorities in January showed billions of dollars missing from oil revenues.

Five written offers reviewed by Reuters show a close resemblance to official paperwork circulated among traders, including documents attributed to NNPC, stamps from terminal operators and shipping lists with vessels and loading dates.

They include arcane oil market jargon such as “laycan”, which refers to the timeframe for loading and “STS”, meaning ship-to-ship transfer of the cargo.

One shipping list showed a tanker called the “Elsa Craig” – a name close to an actual Panama-flagged crude oil tanker called the Ailsa Craig 1 – next to other cargoes booked by western oil majors such as Chevron.

“They are full of imagination,” said a west African oil trader, commenting on the document.

A second oil trader with a London-based oil firm suspected that some of these offers were attempts to resell the oil siphoned off by thieves in the Niger Delta, since the majority of offers were for the local grade Bonny Light.

“A lot of this oil on the side may be bunkered (stolen) and does go to people in the Delta to sell. It’s a side business and I think some buyers are doing good business there,” he said.

A third oil trader said he had considered buying a cargo from an Abuja-based company called Sunny Industrial Lubricant but rejected it only after a member of the compliance team noticed a flaw in the NNPC logo.

NNPC’s logo – a green, red and yellow wagon wheel – has 20 spokes, compared with 22 on this document. “We discovered that the logo was not fully accurate. It’s difficult to distinguish and it’s a big risk,” said the oil trader who asked not to be named.

When contacted for comment, the firm’s chief executive, Sunny Eze, said he was able to gain access to oil produced in excess of Nigeria’s official Opec production target, known as “off-Opec” crude.

Another firm, the UK-registered Current Energy, said in an offer letter that it was reselling 5 million barrels a month of the benchmark Bonny Light grade obtained from an NNPC contract holder at $6 a barrel below the market price.

This amounts to a saving of $6m per cargo, about 7 percent on a cargo that would currently cost about $90m.

Reuters shipping data showed that 4 million to 8 million barrels of this grade, sourced from the Niger Delta, have been available for export monthly this year.

When contacted for comment company director Akin Aboaba said he was reselling oil obtained from an NNPC contract holder who had received the oil to compensate for oil spills from regional pipelines.

Nigeria’s oil is sold by equity holders including oil majors Total and Royal Dutch Shell, which have a stake in production and via term contracts handed mostly to oil trading companies. The large number of companies involved in selling oil via term contracts means it can be tough for even experienced traders to tell the difference between real and fake offers.

Industry sources said the number of companies selling Nigeria’s oil increased dramatically after Jonathan’s election as part of a strategy to broaden local participation in the country’s oil sector.

But critics point to this as an example of the cronyism that is helping to buttress support for Nigeria’s political elite.

“It will be interesting to see whether the issuing of the latest crude tender to include Nigerian companies is a return to the political patronage of the past dressed up as increasing Nigerian content,” said an oil industry consulting source in Nigeria.

Under every new regime, military or civilian, the list of those authorised to sell Nigerian crude is usually torn up and a new one issued to include friends of the new government.

Last year’s allocation list showed a considerable increase in recipients from 2010 and had more than 40 names ranging from top commodities trading houses such as Glencore and Trafigura to little-known Nigerian firms including Masters E and Delaney.

Term contracts allocated to oil companies without the know-how or logistics to handle multimillion-dollar oil shipments were often resold or “flipped” to other traders, industry sources said, making it hard to verify who really had the country’s oil to sell. – Reuters

BEHIND THE BUSINESS: Antigonish antique store offers dose of nostalgia