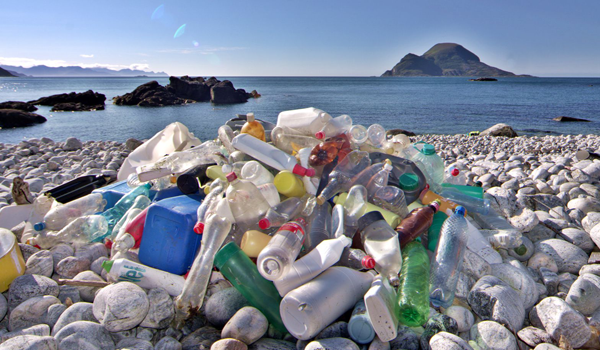 Ocean Polymers, a British recycling technology company, has announced its commitment to develop partnerships with companies which invest in technology and recycling infrastructure to advance the circular economy within the Arabian Peninsula and a commitment to prevent plastic waste products from degrading and leaking into the ocean.

Scientists estimate that more than half of the 8 million metric tons of plastic that flow into the ocean every year come from developing countries where waste management has lagged rapid economic growth. Currently, global production of plastic surpasses 300 million metric tons per year and is forecast to double over the next 20 years. Only 10% of the waste generated is recycled with the remainder being incinerated, sent to landfill or left to pollute land and sea. As a result, there is a growing and pressing need for Ocean Polymers’ solution for recycling mixed plastics waste. *

Paul Rodger, CEO of Ocean Polymers said, “For over ten years, the company has been intensively researching and developing its polymer recycling technology. Now, its innovative process (a form of which is an established system used by the U.S. military) can separate, decontaminate and extract hydrogen and syngas, as well as other valuable by-products. Plastic waste is a valuable resource which should not belong in landfill or the ocean. Waste operators in the Gulf are looking for attractive alternatives to landfill and incineration of mixed plastics, which today costs them to dispose of. Our machine enables waste site operators to turn this plastic waste liability into a revenue stream not an expense.”

The company state that each machine when fully operational will pay back the associated capital expenditure within less than two years. Ocean Polymers are in discussions with several international Angel Funds and Foundations to secure capital investment and financing of the unique ship and land-based systems used to collect plastic waste; especially in areas thought previously to be inaccessible or of limited economic value.

Paul Rodger went on to add, “The ocean plastic problem within the Arabian Gulf, Arabian Sea and the Red Sea as well as the littoral areas of the Arabian Peninsula is causing problems for both natural ecosystems and tourism. We plan to work with leading companies and government authorities, within the region, to clean the ocean of the plastic waste and to create jobs through profitable Public Private Partnerships. This will also create more clean energy opportunities via the hydrogen and bi-fuel created.”

“We look forward to working with all the stakeholders in the GCC who are committed to cleaning the Arabian Peninsula of the mass of plastic waste threatening both the economy and environment now and in the future. It is important to bear in mind that other forms of waste, from hospitals, hazardous toxic sludge and oil refining residues currently put in landfill sites can easily be taken into by our land-based systems.”

Whilst the precise details of the system and process are confidential between the company and its working partners, the plasma technology used is a combination of the best of existing engineering from North America and Europe.

A similar methodology for waste processing is currently employed by both the U.S. Navy and U.S. Air Force. What makes Ocean Polymers approach unique is in their system. The hydrogen and valuable bi-products which are collected and stored to be sold back to the global market thereby creating a closed loop energy model. This the company claim will be a first within the region.

The company’s scientific team from Imperial College London assert this solution is an immediate answer to stemming the tide of waste within the Arabian Peninsula. The team have stated that an investment in waste management is not only an investment to help solve the waste and ocean plastic crisis now but a critical requirement for the future.

Ocean Polymers aim to be a driver of the circular economy with their vision of a world where waste is seen as a value commodity to be collected and processed not dumped in landfill. With the growing economies across the Middle East comes increased demand for more consumer-packaged goods but unfortunately the development of waste management infrastructure has not kept pace with the increased amount of waste that is being generated. Ocean Polymers intends to bridge that gap with the goal of keeping all waste out of the ocean.