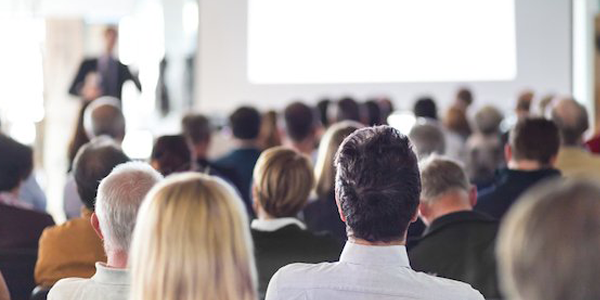 Therese Coffey has told the UK plastics industry not to feel under threat, but to see the Government’s upcoming Plastic Waste and Recycling Strategy as “an opportunity”.

Speaking at a Parliamentary Reception co-hosted by Mark Pawsey MP along with the British Plastics Federation and PlasticsEurope on September 10, Ms Coffey, a DEFRA Minister with responsibility for the upcoming strategy, said she recognised the importance of plastics in modern society.

“I think that the Government is very clear that we are not about to try and eliminate plastics,” she told delegates. “But where Government does have a responsibility is by trying to make sure that we avoid using certain kinds of resources and materials that we don’t need, either because there are good alternatives, or because without proper treatment they end up impacting the environment.”

She continued: “There are certain ways in which we deal with this. One is by saying we need to be sensible about how we use plastics packaging, for example we know it’s good with regards to carbon footprint and good for food waste prevention, but we also need to be mindful of the consequences that it can, unfortunately, at times have on our national environment, which we have a responsibility to tackle.”

The Minister said that therefore the Government is looking at measures that tie in with “a much more circular economy approach” within the new strategy.

“I know how important this is to you [the plastics industry] to get this future strategy right whilst still making sure you help the environment in the way you are doing already,” she continued.

“I can assure you the Plastic Waste and Recycling Strategy is taking a lot of my time as well as that of the Secretary of State, who is passionate about this. There are other activities underway, but we should launch the document by the end of the year. The BPF has been very active on the policy formulation so far,” she told delegates.

“We are receptive to your message”

After an address by the British Plastics Federation’s Director General, Philip Law, Mark Pawsey MP, Chair of the APPG for the Packaging Manufacturing Industry, said that Government is receptive to the plastics industry’s message and vision for a circular economy — and it should continue to showcase the good work it is doing.

Pawsey said that despite the negativity surrounding plastics and packaging in the mainstream, it was important to get the “alternative message” out, highlighting plastics’ versatility as a material, as well as its contribution to the UK in terms of both the economy and jobs.

“It may be natural for the plastics industry to be feeling somewhat unloved,” Pawsey told delegates. “However, there are people in Government receptive to your message. I cannot encourage you enough to get in touch with your local MP and show them the good work that you are doing.”

This sentiment was echoed by Richard Harrington, Parliamentary Under-Secretary within the Department for Business, Energy and Industrial Strategy (BEIS), who, during a later address, said “as far as we [BAIS] are concerned, plastics has a huge future and we want to thank you for everything you have done.”

Harrington said that the Government “does not take lightly” the contribution of the plastics industry to the UK economy, and that the future holds “green shoots” in terms of the industry’s technological development and that it would support it through R&D and support for business.

The plastics industry was praised throughout the reception by both MPs and Ministers for the headway made with regards to environmental protection.

Simon Clarke MP, for Middlesbrough South and East Cleveland, congratulated the BPF on its Operation Clean Sweep initiative, which is designed to prevent pellet loss from the production process entering waterways.

He announced that Teesport in his constituency has become the first UK port to sign up to the scheme, saying he wanted to “pay immense tribute” to the British Plastics Federation for setting up the initiative.

Along with MPs, Ministers and other officials, the Parliamentary Reception was well supported by BPF members, with around 150 company representatives in attendance.

Speaking to BP&R, Mike Boswell, Managing Director of UK materials distributor, Plastribution, as well as the Chairman of the British Plastic Federation’s Polymer Compounders and Distributors Group and its BREXIT Committee, said that he was impressed with the turnout.

“I think today has been good. Philip [Law’s] speech hit home all the key points of the BPF’s vision for a circular economy and MPs have gone away seeing a very well represented industry that wants to be treated fairly in what is a crucially important time.”

Agreeing, Bruce Margetts, Managing Director of Bericap and BPF President, told BP&R it was “fantastic to see so many people” at the event.

“Today’s discussion was objective rather than emotional, which is encouraging. It looks like balance in the debate around plastics is starting to come,” he added.