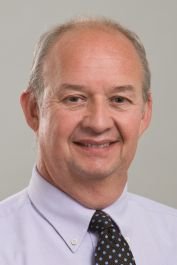 Nordson Corp announced that Godfrey M Sandham was appointed as the Vice President and General Manager of EDI, a flat extrusion and fluid coating dies manufacturer acquired by Nordson in May. “Godfrey brings extensive multinational experience in developing, merging, and integrating businesses and has a strong record of revenue and profit growth,” said Peter G Lambert, Nordson’s Senior Vice President for Adhesive Dispensing Systems. “EDI already enjoys a well-established worldwide reputation for precision engineering, quality, and customer service, and under Godfrey’s leadership it promises to enter an exciting new era of even greater growth and innovation.”

Prior to the appointment, Mr Sandham was the President of EFD International Inc, Managing Director of EFD operations in Europe, the Middle East, and Africa; Director of Nordson Germany; and a member of Nordson EFD LLC’s executive staff. He will oversee the integration of EDI into Nordson as well as combing the capabilities of EDI and Verbruggen, a builder of flat extrusion dies headquartered in Belgium and acquired by Nordson in June 2011. Gary Edwards, former CEO of EDI will work with Mr Sandham until December to ensure a smooth transition.

Gerresheimer passed USFDA inspection for production of a new inhaler