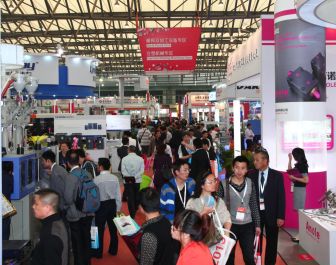 CHINAPLAS 2013 will specially set up a “Film Technology Zone” and enlarge the size of “Die & Mold Zone” in view of the increasing demand for high quality molds and specialty films, as their application has been extended to various industries, such as automotive, E&E, IT & telecommunications, packaging, pharmaceuticals, building & construction, etc.

Both the production quantity and quality of the manufacturing industry of China have been under a rapid growth during the 12th Five-Year Plan, especially for the automotive and electronics manufacturing industries which have been developing at a fast pace in China and further enhanced the domestic enterprises’ requirements on mold and die technologies and manufacturing equipment.

In order to meet the strong market needs, CHINAPLAS 2013 will enlarge the “Die & Mold Zone”, of which the exhibition area will be increased by 18% over the last edition. This zone will be located at hall 3.2 and 4.2 at Zone A, with over 200 Chinese and international exhibitors participating, including numerous well-known mold players, e.g. LKM, Push, Sino Mould, Jing Cheng Mould, Mold Masters, Yudo, Hotsys, Mould-Tip, Incoe, Keda, Sure Hot Runner, Carl Zeiss, Huida and Hexagon Metrology, etc.

In addition to mold and die, the applications of plastic films and its technology is no longer limited to agriculture and packaging. They have also been widely applied in medical, electronics, IT, solar power and architecture. The world’s market demand on plastic film has been rising. The China Plastics Processing Industry Association stated that both the production volume and the export value of plastic products in 2011 have increased by over 20% as compared with that in 2010.

According to the National Bureau of Statistics of China, local production of plastic films last year has reached 8.436 million tons, accounting for 15.41% of total plastics products’ production. To serve the market’s needs, a new theme zone – “Film Technology Zone”, to be located at hall 8.1 at Zone A, will be established in CHINAPLAS 2013. A wide range of exhibits will be showcased in this new zone, which includes extrusion lines for blown film, extrusion lines for flat film and sheets, stretching lines for film and filament, slitter rewinders, winding equipment, measuring & testing equipment for film, auxiliary equipment for film extrusion lines, printing machines for film, lamination and coating machines and other film processing technologies, etc.

A number of key film enterprises, such as Sun Centre, Webcontrol, Han King, Queen’s, Jandi’s, Macro, Brampton, Andritz, Atlas, Black Clawson, Rajoo, ESOPP, Bobst, HCH, Guangda and General, etc., will participate at this zone, which will definitely attract more buyers who are interested in plastic films to come over and visit the show. Related exhibits on plastics films will be also displayed at “Plastic Packaging & Blow Molding Machinery Zone”.

The Asia’s no. 1 and world’s no. 2 plastics and rubber trade fair, CHINAPLAS 2013, will grandly return to Guangzhou and take place at China Import & Export Fair Complex on May 20-23, 2013. The exhibition area is expected to hit a new record of over 220,000sqm and cover total 25 exhibition halls of Zone A and B, with an increase of 22% over the last edition held in Guangzhou in 2011. More than 2,800 exhibitors from 36 countries and regions, together with 12 pavilions from Austria, Canada, France, Germany, Italy, Japan, Korea, China, Taiwan, Turkey, the UK and the US will showcase diversified chemicals and raw materials and over 3,200 units of plastics and rubber machineries.

The coming edition has two different entry tickets, namely one-day pass (RMB 30) and four-day pass (RMB 50). Visitors who successfully pre-register online at www.ChinaplasOnline.com on or before Mar 15, 2013 will enjoy RMB 150 privileges including free admission with visitor badges being received in advance, plus a free coupon to redeem Exhibition Catalogue. In addition, pre-registered visitors can search exhibitors’ information and personalize their own visiting guide by using myChinaplas online service and enjoy Online Business Matching service to match with their interested exhibitors.

RAMPF continues to grow in China

Double-digit growth of imports of plastics, printing and packaging machinery

Evonik to double its oil additives capacity in Singapore by 2015