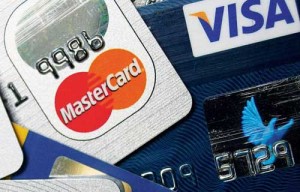 In a bid to curb the flow of black money and to push the ambitious ‘Digital India’ scheme, the Narendra Modi government might announce some incentives to promote the use of plastic cards for business transactions.

If you prefer to use credit cards or debit cards in place of cash transactions, this budget might bring some good news for you. In a bid to curb the flow of black money and to push the ambitious ‘Digital India’ scheme, the Narendra Modi government might announce some incentives to promote the use of plastic cards for business transactions.

Making a strong pitch for promotion of electronic payments in the country and making India a cashless economy, the Confederation of All India Traders (CAIT) has submitted a pre-budget memorandum to Finance Minister Arun Jaitley.

The Finance Ministry has prepared a draft proposal for facilitating electronic transactions. The draft says that the main objective of e-transaction is to build an online history to enable improved credit access and financial inclusion besides cost of managing cash in the economy. According to the draft proposal, government might take many significant.

Measures mentioned in the proposal include doing away with the convenience fee charged by the government for various payments and utilities, reducing the merchant discount rate on card transactions, lowering mobile payment costs, increasing the annual reportable limit of credit-card transactions and more. Apart from this, tax benefits could be provided to merchants for accepting electronic payments.

“An appropriate tax rebate could be extended to a merchant if at least 50 per cent of the transactions is done through electronic means,” said a government official.

Measures also include a mandate setting of high value business transactions of more than Rs 1 lakh, but only through electronic means.

The banks generally charge 0.75 per cent to 1 per cent on debit card and upto 2 per cent on credit card usage which is most discouraging.

“The Government might take initiatives to advise banks to not charge any transaction cost but instead offer cashback rewards to users on digital payments. Similarly, rebate on various taxes can be given to all users who opt for digital payments,” added the official.

The draft policy also said that Unstructured Supplementary Service Data (USSD) charge of Rs 1.50 per transaction for mobile banking or cashless transactions could be reduced by the telecom companies.

The CAIT memorandum also suggests the levy of a nominal ATM-usage tax to discourage people to withdraw cash from ATMs. CAIT has also suggested that transaction costs levied on use of debit or credit cards and other electronic means should be withdrawn both by banks and PSUs.

“Cashback to customers for electronic transactions should be encouraged to boost expenditure through electronic payments. We have also suggested tax rebates in case of payments made by electronic devices,” Praveen Khandelwal, secretary general, CAIT said.

“CAIT in association with MasterCard is already conducting a national campaign to promote the use of plastic money in the country,” he added.