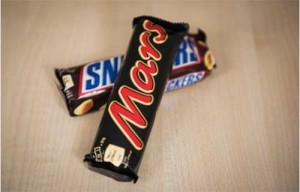 New Delhi: Mars, one of the world’s largest chocolate makers, has recalled some of its products here because of fears that consumers may find pieces of plastic in them.

After a piece of red plastic was found in one Snickers bar in Germany on Tuesday, the US-based company announced that it was launching a voluntary recall of a selection of its chocolate brands, including Mars, Milky Way, Snickers, Celebrations and Mini Mix, produced in its Netherlands factory, in 55 countries, However, on being asked on the same day about whether products sold here were affected, the company did not provide any details to TOI.

“Some of the impacted batches meant for India are currently in transit or at the ports and we have put a hold on the same, thereby ensuring that the affected stock does not reach our consumers,” a Mars India spokesperson said on Wednesday. “While the number of Mars products affected is limited, it is possible that some of the affected products have been shipped to duty-free retailers or brought into India by independent importers. Only certain products labelled on pack as ‘Mars Netherlands’ are affected by this recall. If it is not labelled ‘Mars Netherlands’, it is not included in the recall.”