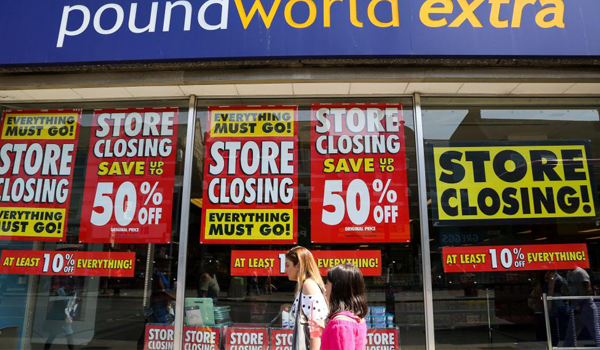 From Wednesday, Coles shoppers will be offered a free toy — a miniature version of 30 well-known household products — with every $30 spent.

The range includes mini Tim Tams, Vegemite, Nutella, Leggo’s pasta sauce jars and Oak chocolate milk cartons. The minis are made from various materials including paper, cardboard, plastic and foam, and “where possible” from the same material as the original product, although some, including the mini bananas and bottled water, are made from hard plastics.

The executive director of the Boomerang Alliance, Jeff Angel, said: “The vast majority of these so-called collectables will be thrown away, finding their way into the litter stream and certainly landfill. It’s another example of mad marketing that doesn’t care about wasting resources and polluting the environment.

At the beginning of July, Coles stopped giving out lightweight plastic bags, announced its produce bags would be made of 30% recycled content, committed to cutting down the plastic packaging of fruit and began introducing bins for customers to recycle soft plastic.

But Angel said the new promotion undercut those measures. “While the big retailers got kudos from the majority of people for their banning of lightweight plastic bags, you have to ask what it would take for them to run a consistent line through all their activities … they do one good thing with one hand, and then introduce another nonsensical and environmentally damaging item with another.”

Each mini is individually wrapped in soft plastic. In a statement, Coles said the wrappers could be recycled through the instore RedCycle bins, but offered no recycling options for the toys themselves: “The idea behind Little Shop is that customers can keep and collect them rather than throw them out.”

“[These toys] are so fad-based, they are prone to being thrown away en masse,” he said. “You can almost see it come in waves — when the new set gets released, the old one gets thrown out.”

Laura Trotta, an environmental engineer and sustainability campaigner described the campaign as “marketing genius” but an “environmental nightmare”. She said the promotion made her question how serious Coles was about reducing plastics. “I think it really destroys their credibility in that sense. They are asking us to see them as responsible corporate citizens yet they just roll out heaps of cheap plastic products for free, and most of them end up in landfill.”

Trotta also criticised the number of processed food products in the promotion and the inclusion of the tiny plastic water bottle, given how few bottles are recycled each year. According to the latest Australian plastics recycling survey, Australians recycle only 36% of PET plastic drink bottles, and 373m water bottles end up in landfill each year.

The executive manager of Obesity Policy Coalition at Cancer Council Victoria, Jane Martin, said it was concerning there were so many unhealthy foods represented in the promotion, which she labelled “commercial exploitation of children”.

“It’s problematic because brand loyalties start young, and this brand recognition and product recognition is one way that these companies create familiarity with the brand amongst children.”

She said the campaign deliberately undermined parents: “This is a really quite insidious way of undermining parents and reaching children quite directly because the products are already chosen, and most people would argue that children should not be exploited commercially.”

She said the suppliers would consider it as a Coles promotion, allowing them to skirt any commercial code of conduct such as the Australian Food & Grocery Council’s guidelines on advertising to children. This made self-regulation a joke, Martin said.

“This is just another example of a promotion that would not be covered because it doesn’t meet the criteria that they’ve set up around self-regulation.”