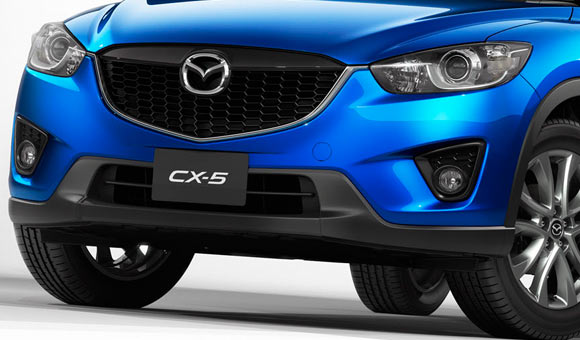 Mazda Motor Corp. (Hiroshima, Japan) and Japan Polypropylene (Tokyo) have commercialized a technology enabling 20% weight savings in polypropylene (PP) bumpers with a halving of cycle time to boot. The technology will be applied in the front and rear bumpers of the Mazda CX-5 SUV set to debut this spring as well as other upcoming new models.

While the official English Mazda press release is somewhat cryptic, reports from Japan indicate that what the development partners have done is combine PP and rubber impact modifying components of differing molecular weight in a material formulation that forms a two-layer structure when injection-molded. The lower molecular weight part of the formulation exhibits higher flow and forms the surface layer of the bumper, which features good paint film adhesion properties. The high impact, high rigidity core layer is formed from the higher molecular weight portion of the formulation. Further, bumper molding cycle time has been reduced from 60 seconds to 30 seconds. CAE also played a role in reducing cycle [email protected]

Innovation excellence of Polyscope during K-fair 2013