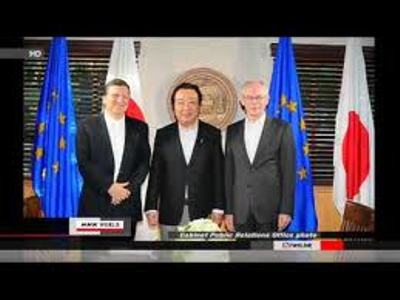 The news could benefit both exporters from Japan as well the Europen Union, as both the sides of the government are trying to make a free trade deal. The move if become successful could s and help businessmen from both the sides. And duties that are now imposed on them could vanish making the market more liberal and open.

EU and Japanese plastics exporters could benefit from a future free trade deal, with the European Commission announcing that formal trade talks between these two economic giants will go ahead.Brussels’ directorate general for trade is stressing that Japan must make offers to remove its notoriously tough non-tariff barriers – such as trade licensing, declarations, inspections, labelling, certification, port clearance and other red tape – for the talks to succeed.

The move is being viewed as one of the most important milestone as both the regions are highly advanced countries in the world and such kind of free trade approach would definitely both countries garnering the maximum benefit out of the trade capacity. According to sources there is an urgent need of a conducive environment where businesses could take place smoothly and without any hindrance and they are of the opinion that such move will make business more easy and comfortable.

EU and Japan launch talks to remove trade barriers Indeed, EU trade commissioner Karel De Gucht said: “We explicitly reserve ourselves the right ‘to pull the plug’ on the negotiations after one year if Japan does not live up to its commitments on removing non-tariff barriers.”

Currently, the EU plastics sector is lightly defended by tariffs against Japanese imports Ð and these duties would probably disappear under an agreement. For instance, EU duties on PE, PP and other polymers are currently 6.5%. Imports of plastics into Japan attract duties, mainly in a range between 4% and 5%.

Though there are many divergent opinions about the terms of the agreement and many hurdles are still lying in the way however, all of us are committed to overcome those barriers and hurdles to meet the quality and demand that clients and stakeholders are looking for. However, it will only be the time that will be able to tell us how much benefit both of those parties could garner and what extent of benefits they would be able to extract from the deal.