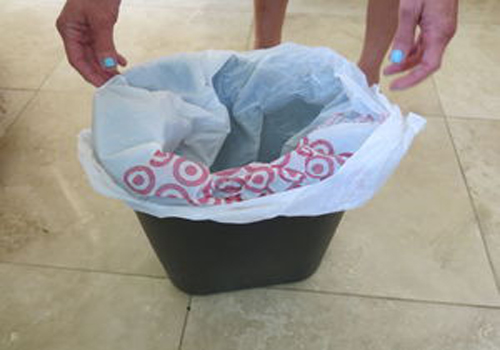 The bio-based plastic companies should not get excited about the profits they hope to make from the recent approval in Italy of a proposal to ban biodegradable plastic carrier bags except those which are compliant with EN13432. The legislative process has not been completed, and it would be the wrong decision for Italy, and the EU.

EN13432, is a standard which tests for biodegradation in the special conditions found in industrial composting, and says specifically1 that “it does not take into account packaging waste which may end up in the environment through uncontrolled means, ie as litter.” The correct standard to use is ISO17556.

This Italian legislation is a device to give a special benefit to the bio-based plastics companies, and in particular a large Italian company whose plastic is made to comply with EN13432. The draft decree itself warns that it is “subject to the information procedure under EU Directive 98/34/EC and shall enter into force from the date of completion of the procedure with a favourable outcome.

The European Court of Justice has held2 that a failure to comply with the notification requirements renders the technical regulation inapplicable and unenforceable against individuals. Accordingly, even if the Italian regulation passes on the substance, it will fail unless the procedure has been correctly followed.

On the substance of the matter, the UK and German Governments sent a Detailed Opinion to the EU Commission objecting to the proposed measure. The UK said3 that the Italian decree requires certain carrier bags to be biodegradable and to meet a certain standard of biodegradability, effectively banning bags of other materials from the market. As such, the proposed legislation appears to be contrary to Article 18 of the Packaging Directive 94/62/EC, which provides that Member States shall not impede the placing on the market (in) their territory of packaging which satisfies the provisions of this Directive. The Essential Requirements set out in the Directive ensure that packaging meeting those requirements may be placed on the market inany member state. Accordingly, plastic carrier bags which comply with the requirements for placing on the market as set out in Articles 9 and 11 and Annex II of the Packaging Directive may not be prohibited from being placed on the Italian
market.

The UK continued “As a consequence of this prohibition, Italian retailers would be required to purchase biodegradable plastic bags with the domestic manufacturers more likely to benefit from increased sales of such bags than those in other Member States. The prohibition would lead to cross-European retail chains having to produce specific bags for this market, losing economies of scale or being unable to supply this market. Moreover the Italian agricultural industry would potentially benefit from the decree, as there would be increased demand for the plant-derived ingredients of the biodegradable bags. This has the effect of discriminating in favour of domestic industry contrary to the EU Treaty. Furthermore, the prohibition would amount to a quantitative restriction on imports or a measure having equivalent effect, in breach of Article 34 of the Treaty on the Functioning of the European Union.”

“The UK would also point out that the rationale provided in relation to the draft decree does not justify the imposition of the restrictions. Plastic packaging is already regulated under the Packaging Directive and accordingly the environment is protected to the extent required.”

Germany has objected on similar grounds. They said “Measures such as the Italian Ruling must be suitable and necessary, as well as appropriate for attaining the objective pursued; they must not constitute a hidden barrier to trade nor result in random discrimination, and must meet the criteria of proportionality. Sweden and The Netherlands have also objected on similar grounds.

Not only would the Italian legislation be contrary to EU law, and would expose Italian taxpayers to massive claims for damages from companies whose business has been damaged, but for the reasons indicated below it would be the wrong
choice for Italy and the EU.

Further and most important, it is misleading to describe this type of plastic as “compostable.” When something is described as compostable an ordinary consumer would think that it can be converted into compost, but EN13432 requires it to convert into CO2 gas within 180 days. You cannot therefore make compost from it – only CO2 gas. This process contributes to climate change but does nothing forthe soil.

“Compostable plastics” can emit methane in anaerobic conditions in landfill, and methane is an even more powerful greenhouse gas than CO2. This is acceptable if the landfill is designed to collect the gas, but how does anyone know which type of landfill will be the ultimate destination? The EU Landfill Directive discourages the disposal to landfill of materials which could biodegrade and generate methane.Oxo-biodegradable plastic does not generate methane in landfill.

1. It cannot be recycled with ordinary plastics, so anyone who is in favour of recycling should be against it. This is not the case with oxo-biodegradable plastics.

3. It is not “renewable.” Some of these plastics comprise 30 to 70% of petroleum-based product. Even in relation to the bio-based content, consider the non-renewable fossil fuels consumed and CO2 emitted by the machines used to clear the land, plough the land, harrow the land, sow the seed, make the fertilisers and pesticides and bring them to the farm, spray the crops, harvest the crops, take the crops to a polymerisation factory, and operate the autoclaves.

4. It is not desirable to use land and water resources to grow crops to make plastic. Those resources should be used to produce food for the many people in the world who do not have enough to eat. By contrast ordinary plastic and oxo biodegradable plastic is made from a by-product of oilrefining which used to be wasted.

5. Most of the bio-based plastics are not suitable for home composting

6. They should not be described as “biodegradable” because they have been tested according to EN13432 to biodegrade only in the special conditions found in industrial composting.

7. They are generally thicker and heavier, so they need more trucks to transport them, using more road space, consuming more fuel, and emitting more CO2 and other forms of pollution to atmosphere.

8. An LCA by Intertek, published by the UK Government in 2011 and a further LCA by Intertek in 20125 found that ordinary plastic and oxo-bio plastic has a better LCA than “compostable” plastic or paper bags.