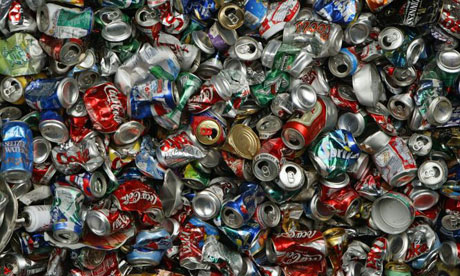 DUBLIN (Scrap Monster): Ireland’s packaging recycling rates advanced 650% over the last 15 years. This is an increase from 101,000 tonnes of packaging recycled in 1998 to 651,000 tonnes in 2011, according to a survey new survey of Ireland based Repak. There has also been a 7% increase in both home and work recycling in the last year. The survey figures show 65% pf homes recycled in 2012, up from 58% the previous year, while work-based recycling jumped from 56 per cent to 63%.

According to Darrell Crowe, head of marketing and sales for Repak, despite the increase, there is still more to be done to increase recycling efforts in Ireland. “We are all doing a reasonable level of recycling at home and at work, but we need to get to the stage where we are recycling all the time. It has been a phenomenal success and we compare favourably to the rest of Europe. We have gone from the bottom to near the top,” he added.

He continued that, “There are three main reasons that explain why there is such an increase in recycling. People are better educated, there is better infrastructure and there are greater financial incentives.” The study conducted by MRBI, which surveyed 1,000 people, shows 70% of respondents are against a visible fee on packaging to support their recycling.

Some 70% of people think that producers and retailers should pay towards the recovery and recycling of packaging they supply. Ireland has completely transformed how it recycles packaging in the last 15 years, according to Repak chief executive Dr Andrew Hetherington.

“The progress Ireland has made through collaboration of all stakeholders, our participating members and the buy in from the consumer, makes it the one of the most successful Producer Responsibility schemes in Ireland and an exemplar within the EU,” he said.

Author plasticsinfomart 99
Having a decent, easily portable pressure washer about the farm is always handy but, increasingly, it seems that what you buy doesn’t always measure...
Read More

Author plasticsinfomart 155
The Waste & Resources Action Programme (WRAP) has published a report on plastic waste and recycling which shows a marked increase in the amount...
Read More