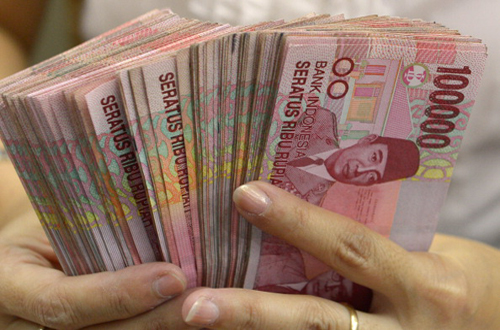 According to ChemOrbis, Players in Indonesia are beginning to voice their reactions to new regulations mandating the use of the rupiah in local transactions. The new regulation went into effect as of July 1. Prior to this, most local transactions in Indonesia’s polymer market had been concluded in dollars. Indonesia’s central bank said that the regulation is intended to reduce the country’s dependency on foreign currencies such as the dollar. The rupiah has fallen to a multi-year low against the dollar this year.

“We still prefer to use dollars rather than rupiahs for now as we are not sure as to whether or not the exchange rates for the rupiah will be fixed on a daily or monthly basis,” a distributor commented. Another distributor added, “Most sellers seem to be using the official bank rates for the rupiah in their local transactions now, but some of our customers are complaining that producers are insisting on an exchange rate higher than the normal bank rates.

A source from an Indonesian polyolefin producer stated, “The local market is quiet now as many buyers stocked up in the last few days of June before the new regulations went into effect. We are still engaging in internal discussion as to how to fix our prices in rupiah. Traditionally, we updated our exchange rates between the rupiah and the dollar hourly, but this may prove difficult to maintain when giving prices in the local currency. Most of our customers are still asking for dollar prices and we believe that it will not be for another one to two months before the full effect of the new policy becomes clear. We hope to announce our new pricing policies in rupiah by next Monday.”

A source from another local producer added, “We kept our list prices stable when converting from dollars to rupiahs and we will continue to maintain constant dollar prices until we decide on a new price list. Most of our smaller customers are happy with the new regulations.” A source from a domestic PVC producer reported, “More small buyers have returned to the market now that they can purchase in rupiah while we are worried about how fluctuations in the value of the currency will affect our business.” A source from another PVC producer added, “We will announce new prices in rupiah soon. We expect the new regulation to cause a good bit of confusion in the initial stages, especially as the rupiah is the lowest it has been against the dollar in the past five years.” A distributor commented, “We hear that one local producer will adopt a fixed monthly exchange rate for the rupiah while the policy of other producers is not clear yet.”

According to ChemOrbis, on the buyers’ side, a converter manufacturing plastic containers commented, “We are happy with the new regulations as we believe that dealing in the local currency will reduce our risks. At the moment, our suppliers are still quoting prices in dollars while the final price will be paid in rupiah based on the bank rate at the day the deal closes.” A PET bottle manufacturer added, “We are satisfied with the new regulations we no longer need to purchase dollars to secure our raw materials. We will also feel more comfortable when concluding deals with 30 or 60 days deferred payment basis as paying in rupiah will limit our exposure to exchange rate risks.” Another bottle manufacturer stated, “In the long run, we believe that paying in the local currency will be good for the market. However, in the short term we prefer to continue with dollar purchases as it is not clear how the new system will function yet.”