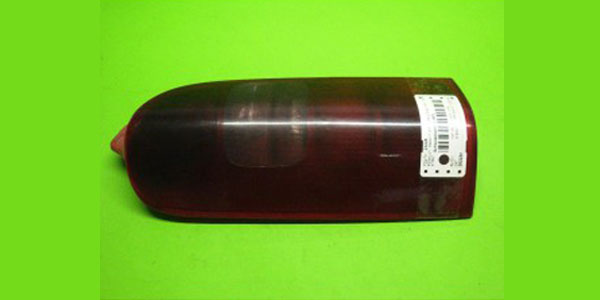 A simple and very effective way to clean up plastic-clogged waterways–and boost public transit ridership in the process.

When a river in Bandung, Indonesia, was so choked with plastic trash earlier this year that the water was essentially invisible, the government called in the army to clean it out. It was a temporary fix: Indonesia has one of the world’s largest problems with plastic waste, much of which ends up flowing into the ocean. Surabaya, the country’s second-largest city, is trying a different approach: If you recycle plastic bottles, you can get a free ride on a city bus.

Five plastic bottles, or 10 plastic cups, equal a two-hour bus ticket. Riders can drop off bottles at terminals or pay their fare directly with the bottles; in a day, a bus can collect as much as 550 pounds of plastic, according to a Reuters report.

It’s an attempt both to encourage more people to ride the bus, in a city where 75% of trips happen in cars, and a step toward a goal of eliminating plastic waste. A global study in 2015 found that Indonesia was responsible for sending more plastic into the ocean than any other country than China. “I think the government has taken that incredibly seriously,” says Susan Ruffo, managing director of international initiatives for the nonprofit Ocean Conservancy, which recently launched an accelerator in Surabaya to incubate startups working on the problem of plastic waste. (The nonprofit is not involved with the bottles-for-tickets plan.) “They have really launched an all-out effort to try to deal with that.”

Some of Indonesia’s plastic problem comes from other countries: After China said that it didn’t want to be a dumping ground for the world’s plastic recycling, some countries started sending even more to Indonesia. (In April, Indonesia implemented stricter rules for inspecting imports of recycling to help cut down on the volume.) As in other Southeast Asian countries, trash is also growing internally. “The economies are growing really rapidly, populations are growing, people are consuming more, they’re creating more waste, and infrastructure is not keeping up,” says Ruffo.

Right now, waste pickers go through trash–at households or landfills–pulling out anything of value. The country doesn’t have government programs for collection, and everything is thrown into trash cans mixed together. But the new bus program points to a future where plastic may be sorted earlier, and a new habit of recycling.