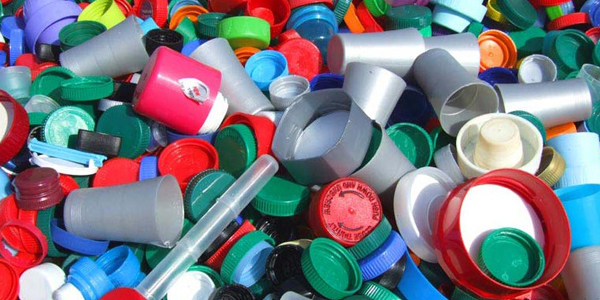 Hyderabad: Indian plastics industry is growing at 1.5 times of the country’s GDP. As automotive industry grows and consumer goods grow, plastics consumption will go up. The nation is consuming about 14-15 million metric tonnes of material annually. However, governments should design and launch dedicated plastics policies to boost the sector to its full potential. Plastics should also be accorded core material status. Also, clusters should come up across India to take entrepreneurship in the sector to the next level of transformation.

Hiten Bheda, president, All India Plastics Manufacturers Association (AIPMA), told Telangana Today, “In the last one decade, we have seen that packaging is one of the fastest growing segments that has fueled growth of use of plastics. The sector has seen a huge consumer shift that has led to the growth of the sector. The sector employs about 4-5 million people across the value chain, both direct and indirect. There are close to 50,000 units across India, most of them are mini, small and medium enterprises (MSMEs). There are a dozen industrial parks focused on plastics, which are in early stage. More parks should come in future.”

Innovation is happening in the sector but there is large room for improvement. Compliance is going to add cost and this can be mitigated through certain size. So, government should be sensitive enough not to impose undue restrictions on the industry where compliance becomes impossible for the small scale units and they are forced to leave the segment. Indian plastics industry had over the decades indigenised technology and the dependency on technology import has come down.

“Industry saw its birth in west, followed by south. Now we see activity in north as well. East is yet to pick up. Raw material makers are distributed pan-India. India today is able to export both raw material and finished goods. We want Indian industry to export finished products and not raw material. India exports to $7-8 bn of plastics annually. Middle East, US, Far East are key markets, and exports to Europe can go up,” he observes.

Telangana is seeing growth in the plastics industry and experts point out that the sector will continue to see double-digit growth consistently in the coming years.

The State has about 4,000-5,000 registered plastics manufacturing companies who are in the organised sector. There are around 25,000 raw material producers in and around Hyderabad who are in the small scale sector and they are unorganised. They haven’t registered themselves yet. The industry today employs lakhs of people directly and 10 times more than that, indirectly.

Anil Reddy Vennam, VP, South, All India Plastics Manufacturers’ Association (AIPMA), told Telangana Today, “Plastics industry has always achieved 10-15 per cent growth even when there was economic turmoil in the country in the past several decades. There are no barriers for the industry growth. However, there are some challenges to the small scale units, in terms of availability of finance for upgrading or modernising the units. Another challenge the industry is facing today is the plastics ban. Instead of the plastics ban, the government should target the littering habits. We should look at recycling more efficiently.”

Plastic waste can be used even in the cement kilns instead of coal. All the stakeholders will have to work together on how effectively plastics can be used. Government can bring out mandatory regulations as plastic remains a better material for packaging rather than using paper by cutting trees.

Small and medium plastics manufacturers who will operate from the upcoming plastics park in Thummaluru of Ranga Reddy district in Telangana, which is the first such cluster in the State, will invest about Rs 1,000 crore. These units will cater to the needs of the surrounding States. There is growing demand for industrial packaging, he observes.

Most of the plastics manufacturers had set up their base in Katedan industrial area during 1960s and there one the activity gradually spread to Medchal, Medak and surroundings of Hyderabad.