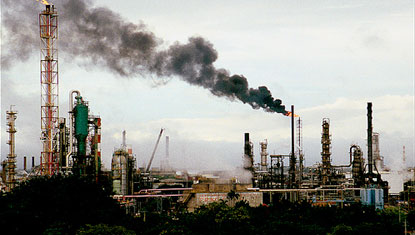 Braskem SA increased its stake in Ethylene XXI project, implemented in Vera Cruz, Mexico, in conjunction with the Mexican group Idesa. Braskem’s share will increase from 65% to 75%, while the participation of Ideas will be reduced from 35% to 25%. The change was made official on contract in late 2012.

The Ethylene XXI project comprises the construction of a petrochemical complex with an ethylene cracker and three polymerization units. The total investment is approximately $ 3 billion. The industrial complex will become operational in July 2015, with an estimated production of 1 million tons of polyethylene per year.

On 19 December, the joint venture Braskem-Idesa obtained loan of $ 3.2 billion to finance the construction of the Mexican petrochemical complex, from financial institutions and commercial banks as development banks and Mexicans Nafin Bancomext, BNDES the International Finance Corporation (IFC), the Inter American Development Bank, Canadian and Italian banks to finance exports, besides several other commercial banks. The company claims that it is the biggest package of loans already granted a new petrochemical project in the history of the Americas.

The natural gas to be used as feedstock in the Ethylene XXI complex will be provided by the Mexican oil company Pemex and the price will be referenced by the price of U.S. shale gas. Thus, the operating costs of the joint venture Braskem Idesa be significantly reduced, since the price per million BTU is below $ 3 in the U.S. market, while Brazil is between $ 12 – $ 15.