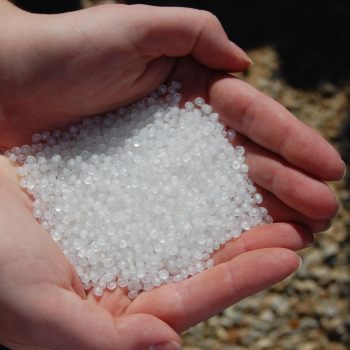 Players in China report that import PP prices held largely steady over the past week as a few producers offering towards the low end of the range announced some price increases at the start of last week as buyers replenished some stocks, as per the pricing service of ChemOrbis. The increases seen at the low end of the import range were driven by concerns that upstream costs were beginning to bottom out and that the announcement of large new stimulus measures by the Chinese government would generate additional demand in the weeks to come.

However, sentiment shifted again towards the end of last week as the Chinese government denied that it intended to announce a stimulus package comparable in size to its massive 2009 program. In addition, upstream costs failed to hold their early week levels as crude oil and naphtha prices sank to fresh year-to-date lows at the end of the week.

“We received new homo-PP offers from an Indian producer with $25/ton increases at the start of last week. We had been expecting to receive more increases from producers as many of them had finished much of their June sales after agreeing to steep month over month declines,” a trader in Ningbo told ChemOrbis. “We raised our prices for Saudi Arabian homo-PP by $10-20/ton at the end of last week in accordance with other sellers’ firmer stance on their prices,” a trader in Shanghai reported. A trader in Cixi added, “We received new prices from a Saudi Arabian producer with increases of $20/ton last week. Our supplier cited limited availability as the main reason for their decision to raise prices. We are hesitant to offer in large amounts for now as we think prices may be near the bottom.”

Although buying interest was said to have improved week over week, most buyers remained hesitant to purchase beyond their immediate needs, as per ChemOrbis. “We received higher prices from the import market last week as some producers tried to lift their prices following the government’s announcement of new stimulus measures. However, we did not purchase any material over the past week as we felt that the medium term outlook remained foggy,” a converter manufacturing woven sacks reported.

“We managed to sell out our allocation for American origins as we were offering this material at competitive levels. However, our offers for Saudi Arabian origins did not attract much interest from buyers as we priced this origin closer to the general market level,” a Shanghai based trader reported.

A China based trader concluded, “We did not purchase any material last week as we did not think that sellers would be able to achieve their steady to firmer price targets. Now that crude oil prices have started falling again and domestic producers are beginning to abandon their initial June price increases, we are feeling even less inclined to replenish our stocks.”

GET INSPIRED BY THE LATEST DEVELOPMENTS WITH DYNEEMA® AT EUROSATORY 2012

Author plasticsinfomart 29
Recyclers enjoying strong markets for plastic believe the optimistic outlook can be attributed to re-stocking after the pandemic as well as a desire for...
Read More