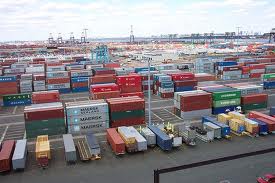 SHANGHAI: The stricter inspection procedures at the Chinese ports are leading to considerable delays of secondary commodities shipment, as per European recyclers. The Chinese authorities are reported to have begun a crackdown on imports of secondary materials that does not meet set standards. Materials such as paper and plastics have come under increased inspections.

As many as 84 containers of recovered paper sold by Netherlands-based CVB Ecologistics to a Chinese paper mill are being held at the Port of Zhangjiaggang, where China’s Entry-Exit Inspection and Quarantine Bureau (CIQ) has requested a second round of inspections at CVB Ecologistics’ expense, even though the transfer of ownership had already occurred. The Chinese administration intends to prevent dumping of contaminated waste in the country. It should be noted that China had returned rubbish of low quality imported from Britain during early October 2012.

The authorities are said to be examining each shipment for non-recyclable secondary commodities. The increased inspection is part of the 10-month long “Green Fence” initiative by Chinese Government that kicked off in February to prevent the importation of solid waste-contaminated shipments.

Author plasticsinfomart 112
The U.S. railroad is about to get a minor makeover. Axion International has won a $15 million contract to make railroad ties made from...
Read More
Environment Recycling News

Author plasticsinfomart 145
After removing them from the blue-box program seven years ago because there was no resale market for them, the City of Ottawa has...
Read More
Environment Recycling News

Author plasticsinfomart 115
Use the next 30 seconds to take stock of your current surroundings (in the meantime, we’ll finish up our coffee). It’s probably a safe...
Read More
Environment Recycling News

Author plasticsinfomart 254
Themarket for r-PET (recycled polyethylene terephthalate) continues to be red hot. The increased demand can be attributed in part to a shortage of cotton,...
Read More
Environment Recycling News

Author plasticsinfomart 132
Situated outside a Kroger in Arlington, TX, is a new structure that resembles a slimmed down drive-thru restaurant or the world’s longest ATM. It’s...
Read More