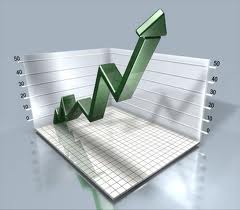 The latest report of market research company Ceresana estimates that worldwide revenues generated with high density polyethylene (HDPE) to rise dynamically to almost US$70 billion in 2019. The most dynamic growth in the upcoming eight years is forecasted for the HDPE pipe segment. Ceresana expects demand in this sector to increase by 4.8% per year. China and other emerging countries are expanding their infrastructure which results in pipes and cable conduits made from HDPE becoming more important. Not only do they substitute materials such as concrete or metal but can also compete against other types of plastics such as PVC.

Main growth motor will be Asia Pacific as market analysts expect demand in this region to rise at average growth rates of 4.4% per year. Yet sales market in Eastern Europe, the Middle East and South America are also likely to generate above average growth rates. Demand development on the market for HDPE in North America and Western Europe, however, will be notably slower.

“Changes in regional demand will also have an effect on the global production structure of manufacturers. Over the next eight years, new capacities of more than 8 million tons will be added in Asia-Pacific,” explains Oliver Kutsch, CEO of Ceresana. One of the major application areas for HDPE is the blow molding of bottles and other hollow pieces. Products of this type accounted for roughly 28% of global HDPE market volume in 2011, closely followed by films and injection molded products.

Strong regional differences can be observed in the segments blow molding and film extrusion in particular. The production of films is the dominating market segment in Asia Pacific, whereas blow molding and injection molding are the most common processing technologies in North America and Western Europe, explains Ceresana.