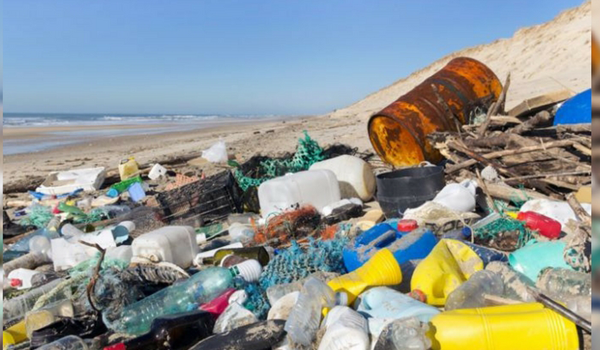 he government has vowed to halve plastic waste output by 2030, and double the country’s plastic recycling rate to 70 percent from the current 34 percent.

The government unveiled the plan on Thursday during a meeting chaired by Prime Minister Lee Nak-yon on devising ways to handle recyclable waste.

The plan introduces steps to cut down on plastic in every stage from production, distribution, consumption to recycling.

For starters, the government will focus on the phased removal of products that are costly to recycle.

To this end, it will have beverage makers turn colored plastic bottles for their products to colorless ones and prohibit the use of polyvinyl chloride, more commonly known as PVC, by 2022.

The government also plans to raise the rate for mandatory recycling of plastic bags from the current 66-point-six percent to 90 percent and slash to 35 percent the use of plastic bags through 2022. As part of such effort, supermarkets and grocery stores will be prohibited from using plastic bags and will be required to minimize packaging, starting from as early as this October.

Also, incentives will be offered to large coffee chains and fast-food restaurants that encourage customers to use reusable tumblers or mugs.