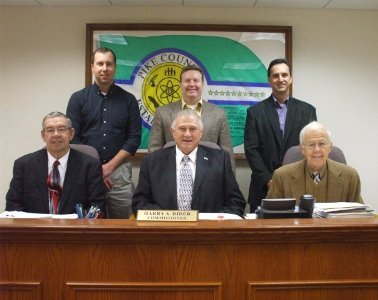 According to the latest plastic news from American continent Geo-Tech Polymers, a Westerville-based plastics recycling firm is all set to receive a grant of $460,000 from the Pike County Commissioners. According to reports from industry experts and professionals the loan was granted by the authority to help with the costs of purchasing and installing equipments at the Waverly refinery establishment that the company is going to initiate soon.

It is important to outline here that Geo-tech Polymers, one of the renowned names in the American plastic industry was acquired by the Wastren Advantage, Inc. (WAI), a Piketon-based environmental technology company, in the early June and since then it had been exploring opportunities to expand itself in various sectors of plastic industry. The plan for expansion calls for expanding Geo-Tech’s production in a location at the Hadsell Chemical Processing facility in Waverly and experts are of the opinion that the operation in new facility would create 50 full-time jobs which is one of the most important aspects of expansion.

The move was taken after the commissioners were recently awarded a grant from the FY 2012 Community Development Block Grant (CDBG) Economic Development Program to assist Geo-Tech in part of its expansion program that will have positive impact on the industry as a whole.  While speaking with media professionals and industry experts Doug Collins, the President of the Geo-tech says that the Pike County Commissioners have played a great role in the effort to get the loan passed and sanctioned.

The company is paying its gratitude and appreciate that they have poured in during the whole process. The president said that “When WAI decided to acquire Geo-Tech and expand the operations to Waverly, our hope was to create opportunities and good jobs in our community. The Pike County Commissioners share our vision, and we are pleased to partner with them.”

The request for the grant accompanied by the formal application was submitted to the Ohio Development Services Agency by Chris Ervin, Pike County economic development director. The grant is for $470,000, with $10,000 in administration funds for the community development office and $460,000 for the loan to Geo-Tech.

It is noteworthy that the plastic industry giant Geo-Tech was granted various loans and funds in the past few years that includes a $50,000 grant from the Fluor-B&W Portsmouth Opportunity Fund, a $10,000 grant from the Southern Ohio Agricultural and Community Development Foundation, a $1.2 million loan through the Jobs Ohio program and a $50,902 Job Creation Tax Credit. All these suggests that the company is expanding its arms strongly in the various sector of plastic manufacturing industry and such deals would help them meet their goals.

Meanwhile the move is being overwhelmingly appreciated and welcomed by professionals from the industry viewing its long term impact on the industry. The company is is committed to offering best services to its customers and clients and such deals would definitely boost their moral and confidence and help them serve in a better way.

Author plasticsinfomart 111
Leading automotive plastics component supplier Mecaplast believes it can cut the weight of interior and exterior trim parts by between 30 and 50% by...
Read More

Lanxess inaugurates new headquarters for EPDM rubber in the Netherlands