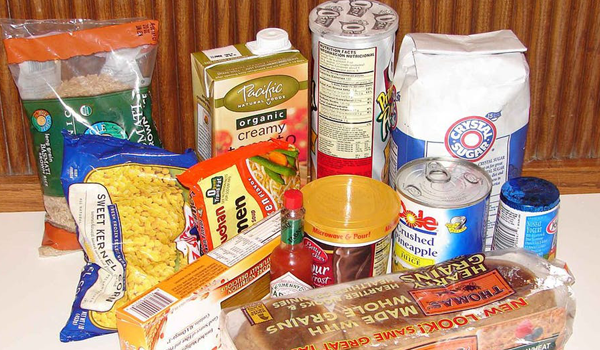 While back East to surprise my mom for Mother’s Day brunch, I learned that a neighboring town in the Berkshires recently passed a measure banning businesses from selling water in small plastic bottles. Apparently Great Barrington is the third municipality in the country to enact this particular legislation, and the other two also are in Massachusetts.ic

I lived in GB, as we call it, for a brief spell after college; years later I moved to Aspen, around the time that our plastic bag ban went into effect in 2012. Recently I wrote a cover story about the grassroots effort here among bar and restaurant owners to phase out plastic drinking straws (“The Last Straw?” March 15, 2018), so my heart swells with kindred-spirit pride about this social progress.

This sentiment has an extra layer of meaning: my hometown, Pittsfield, is where General Electric headquartered its Plastics division for years, from 1971 to 2007. GE manufactured all sorts of the “revolutionary” material, including Lexan, which fashions shatterproof glass, computers, cellphones and BPA (Bisphenol A), a raw material for epoxy resins and the main ingredient we now know to avoid in lined metal cans and reusable plastic containers due to toxicity concerns.

GE would become a notorious menace to society in the ’70s, when the public learned that the company was dumping toxic chemicals (polychlorinated biphenyls, aka PCBs) into local waterways and sites around Pittsfield. Most notable is the Housatonic River, an historic jewel that runs 150 miles through the rural region and has inspired countless artists, writers, outdoors enthusiasts and preservationists. Fish from the Housatonic are off-limits, since PCBs are linked to cancer in animals and illness in humans.

As kids we’d hear about this saga constantly. We knew what a Superfund site looks like. GE became tied inextricably with evil PCBs, tied to plastics. (GE had also been dumping PCBs into the Hudson River in New York and waterways elsewhere for at least 25 years.) We made jokes about three-headed aquatic creatures and told adversaries to go take a long dip in the sludgy waters. One time I flipped a canoe cruising the Housatonic River in Lenox, and freaked for a week.

Back in GB, despite growing awareness that plastic is a serious environmental threat, folks went nuts when they learned that merchants would no longer sell bottled water in a capacity of 1 liter or less. Critics claim that the plastic bottle ban will create an undue burden on businesses (pressure to install water-filling stations, for example), even though 30-plus have been vocal in support.

The GB scuttlebutt reminds me of the brouhaha about Aspen’s ban on plastic bags six years ago. Today, shoppers sans reusable bags face a 20-cent fee for a paper bag at grocery stores — a fee upheld by the Supreme Court earlier this week. I don’t think anyone — save unprepared tourists — bats an eyelash about this now. Consumers adapt, and most residents own a stockpile of reusable sacks.

Plastic might suck, but it’s unavoidable. Food packaging is primarily plastic, though BPA-free containers are increasingly common. Plastic wrap is ubiquitous in commercial and home kitchens. Ziplock is big business. Plastic material is used to bind shipping boxes together. Shopping carts and carriers are made of plastic. Self-checkout kiosks have plastic parts.

Another unintended consequence of the convenience era: not only are plastic vessels sketchy from a trash perspective — the EPA estimates that only 32 percent of plastics make it into the recycling stream — but plastic particles contaminate our food. Sushi-lovers have more than mercury to worry about: scientists warn that humans who regularly consume seafood ingest as many as 11,000 tiny plastic particles every year. Gross!

The plastic that contaminates our waterways ends up settling in the stomachs and tissues of marine creatures that we then eat. And this is thought to cause all sorts of disruption in the human body. Our planet is sick and we are, too. Plastic totally sucks!

Yet it’s difficult to envision a life without plastics. The industry is hell-bent on pushing plastic: it serves as a barrier to oxygen, light, temperature, moisture and microbes that cause spoilage. Certain types of plastic, such as “modified atmosphere packaging,” help to preserve food freshness by sealing in reduced-oxygen air, which slows bacterial growth. Unsurprisingly, proponents call out these attributes as crucial to helping ease the growing problem of food waste and landfill overflow, which is another story entirely.

It’s one thing to eat well, but it’s another thing to eat responsibly. Though phasing out plastics from our food supply chain within our lifetime is a pie-in-the-sky long shot, we can continue to spread awareness about its adverse effects on Mother Earth and its creatures—including us. Many businesses in Aspen already use compostable to-go containers made of paper or corn-based material, and locals are becoming more vocal toward those not yet on the bandwagon.

While foods will be wrapped and sold in plastic for years to come, we might consider phasing out plastic at home — in the kitchen, at least. Serving and storage vessels that make contact with food is a fine place to start. Glass containers might cost a bit more upfront, but they are the most sustainable choice. With care they last forever, too.