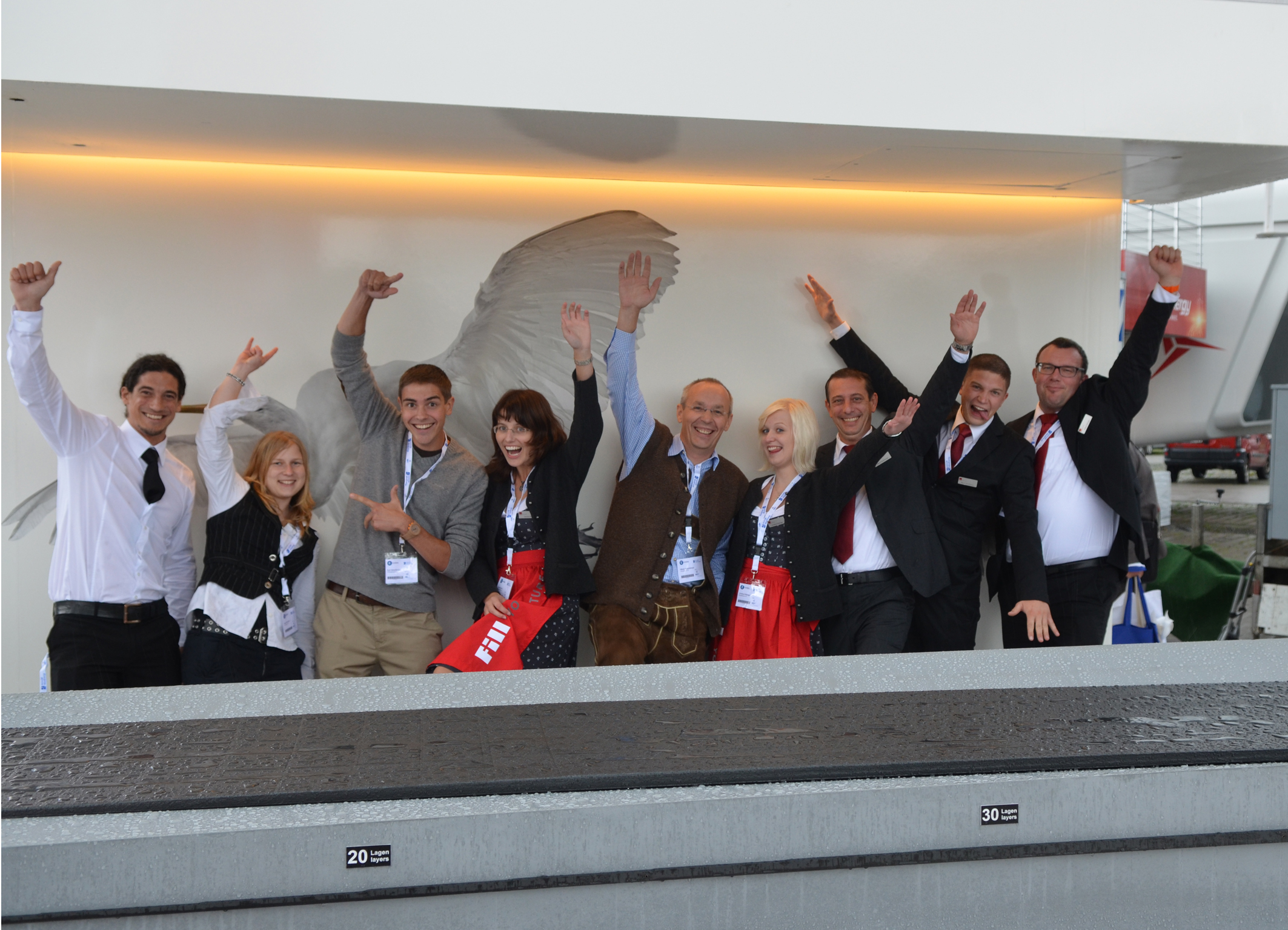 Fill caused quite a sensation at Husum WindEnergy 2012 with its speedlayer 800 spar cap laying system for the production of rotor blades .

Fill Machine Engineering sets a new standard in the production of rotor blades for wind turbines. The Upper Austrian company presented the speedlayer 800 live on its exhibition stand at the Husum WindEnergy international showcase exhibition from 18 to 22 September 2012. The system enables spar caps for rotor blade production to be produced fully automatically for the first time. The highest levels of cost-effectiveness, process reliability, and efficiency impressed the many customers and partners in the north German town of Husum.

Gurten, 01 October 2012 – Fill Machine Engineering developed the speedlayer 800 based on process expertise from 30 years of automation in composite series production. The fully automatically laid spar cap (= load-bearing structure of the rotor blade in wind turbines) was presented live on the Fill exhibition stand at the Husum WindEnergy 2012 international trade fair. “With the introduction of automation into the manufacturing of rotor blades for wind turbines, production costs can be reduced significantly. At the same time, quality, productivity, and process reliability are increased considerably,” says Wilhelm Rupertsberger, manager of the Plastics Competence Center at Fill, summarizing the benefits of the innovative system.

New Dimensions
The speedlayer 800 opens up new dimensions in terms of lengths, accuracy, and speed in rotor blade production. The key to this lies in automation of the manufacturing process, an area which is still characterized largely by manual labor. With the first ever implementation of industrial manufacturing processes, Fill has achieved a quantum leap forward here. The fully automatic operation is reproducible, guarantees the highest levels of laying quality, and allows short cycle times, which it has not been possible to achieve with the manual labor or semi-automatic production that have been predominant until now. Process reliability and quality assurance accompany all operations. This enables new standards – both qualitative and economic – to be set in the production of rotor blades. “We want to address the growing wind power market in a structured manner. The speedlayer 800 is the successful first step in this direction,” says CEO Andreas Fill.

Successful premiere
During the five-day trade fair, many rotor blade manufacturers and wind power systems builders visited the stylish Fill exhibition stand in the open-air area at Husum WindEnergy. Customers, partners, and interested parties all appeared to be very impressed with the new Fill technology. “Thanks to the “speedlayer 800″, process times are reduced to ten percent of the time currently required. This thoroughly impressed our visitors,” reports Heinz Hohensinner, manager of the development project at Fill.

Corporate data
Fill is a leading international machine and plant manufacturing company for diverse branches of industry. The family-owned business excels in the use of the latest technologies in management, communication, and production. Business operations encompass the fields of metal, plastics and wood for the automotive, aircraft, wind energy, sport and building industries The company is the global market leader in ski and snowboard production machines and aluminum core removal technology. Andreas Fill and Wolfgang Rathner are joint CEOs of the company founded in 1966 that is still completely family-owned. The company became a public limited company (GmbH) in 1987, was certified in accordance with ISO 9001 in 1997, and now has more than 550 employees.

Author plasticsinfomart 83
November 28, 2012 – Uhde Inventa-Fischer has reorganised its service business to better meet the future requirements and needs of its customers. The company’s scope...
Read More