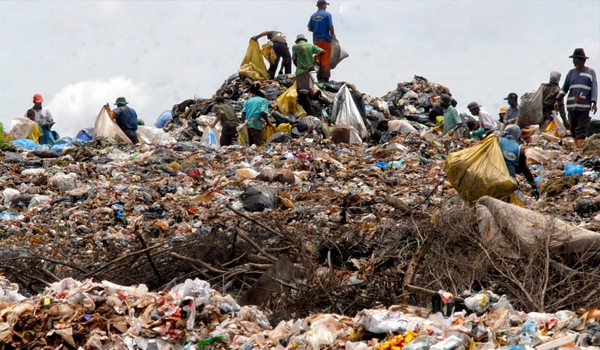 A father-son duo in Imphal, Manipur, are at the forefront of a successful recycling programme, which besides protecting the environment, employs locals who are struggling due to the lack of job opportunities in the district.

Sadokpam Itombi Singh and his father Sadokpam Gunakanta established a plastic-waste recycling unit in 2007 with an investment of Rs 1.5 lakh which manufactures pipes, flower pots, tubs and various other household items.

What began as a simple recycling venture in 2007 transformed into a full-fledged manufacturing unit in 2010 after the purchase of new machinery.

As is well documented, plastic remains a serious threat to the local ecosystem, and this venture seeks to address this problem in the state. Besides the financial incentive, Itombi, a computer applications graduate, and his father, an engineer from the Government Polytechnic, Manipur, are running this operation to improve living conditions in their district.

Also Read: India Is Not Rubbish: You’ll Be Surprised How It Manages Its Plastic!

The venture has played some part in neighbouring Ukhrul district becoming plastic free. “Plastic is very important and how to dispose of plastic is also equally important,” said Itombi Singh tells ANI.

Back in the 1990s, the 65-year-old Gunakanta was the driving force behind the effective recycling process of plastic waste in his area. Both him and Itombi would also collect bottles and send them to recycling plants in Guwahati and New Delhi. Of the 120 types of plastic found in the state, 30 are recycled in Manipur while the rest are sent to Delhi and Guwahati.

Also Read: We Have a Better Idea Than Plastic Bans and We Can Use It to Create Zero-Waste Cities

“Every day about 20,000 kilograms of waste is collected. Multiple small enterprises are utilized to segregate waste from across the city; and paid 8 rupees for each kilogram. Out of the 120 types of plastic collected, almost 30 are recycled in Manipur. The set-up employs many migrant and local workers throughout the plastic collection process,” says this blog post about the unit.