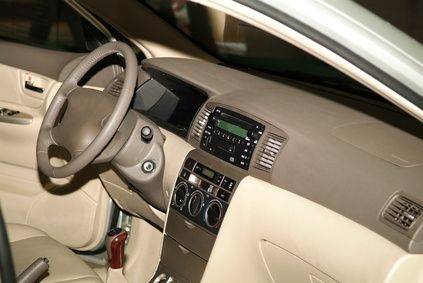 There must be something about wire harnesses but European wire harness supplier now find themselves tangled with the European Commission’s antitrust watchdog, which has instigated proceedings against suspected participants in several cartels for the supply of automotive wire harnesses.

German company Leoni AG (Nuremberg) says it is cooperating with authorities and will “provide information and documents to clarify the issue.” Others active in the European wire harness sector include Draexlmaier Group, the German unit of Sumitomo Electric Industries’ European arm, and Delphi Automotive Plc.

The European investigation is part of a wider effort to investigate possible cartels in the automotive sector. The Commission has also recently carried out unannounced inspections in other areas of the car parts sector, because it is concerned about the existence of possible cartels. Inspections have taken place in the sectors of occupant safety systems in 2010 and most recently thermal systems in May 2012. The unannounced inspections at wire harness suppliers took place starting February 2010.

For the record, the European Commission notes that “Wire harnesses are combined electric wire systems for cars which supply electricity necessary for the functioning of electronic components built in a vehicle, linking the car’s computers to the various relevant functions in the vehicle. It is often referred to as the ‘central nervous system’ of a car.”

Miscreants in the US

The development follows a similar case in the US late last year, where executives at Japanese wire harness companies Furukawa Electric (Tokyo) and Yazaki (Tokyo) were jailed and the companies were heavily fined ($200 million and $470 million, respectively). Fellow Japanese supplier Tokyo-based Fujikura copped a $20 million fine via a plea bargain.

In April this year, another Japanese company, G.S. Electech Inc. based in the city of Toyota paid a $2.75 million fine for its role in a conspiracy to fix the prices of auto parts used on antilock brake systems.

Author plasticsinfomart 111
German based Windmöller & Hölscher (W&H) informs visitors to CHINAPLAS 2011 on the latest developments for their blown and cast film lines with the...
Read More