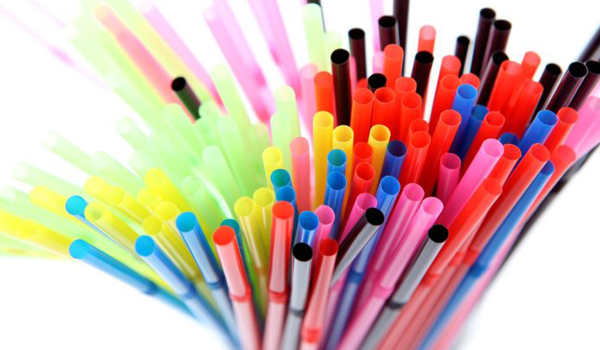 Brussels plans to ban a range of plastic items, including single-use cutlery, plates and straws, by 2021 with new rules that mark increasingly ambitious efforts by the EU to reduce marine pollution.

The European Commission is proposing a ban on 10 products that, together with discarded plastic fishing gear, account for 70 per cent of all marine litter. Officials said the move was also part of a wider strategy to create a market for recycled plastics and spur investment in new types of packaging in the bloc.

“Plastic can be fantastic, but we need to use it more responsibly. Single use plastics were not a smart economic or environmental choice,” said Jyrki Katainen, commission vice-president responsible for jobs, growth, investment and competitiveness.

The initiative announced on Monday would ban plastic items — such as cotton buds, cutlery, plates, straws, drink stirrers and sticks for balloons — that the commission believes can be easily replaced using more sustainable materials. For the remaining top 10 single-use plastic products — such as food and drink containers — the rules aim to limit their use while alternatives are developed.

The EU move is the latest in a series of similar policies implemented by governments across the world as concerns have grown over plastics polluting oceans and damaging marine wildlife.

From New York, which is considering a ban on plastic straws, to the UK, where the country’s biggest supermarkets have vowed to eliminate unnecessary plastic packaging by 2025, retailers and politicians are taking increasingly bold steps to cut plastic use. Kenya last year imposed laws under which people selling or using plastic bags risk four years in prison or heavy fines.

However, some industry groups argue that the focus on banning specific items such as straws puts the focus in the wrong place, and could be a distraction from less glamorous but equally important policy changes, such as more investment in waste collection and recycling systems.

Kim Christiansen, head of PlasticsEurope UK, which represents European plastics manufacturers, said the group supported the goal of reducing marine litter, but did not believe that bans of specific products were the best way to achieve that.

“Plastic product bans are not the solution and will not achieve the structural change which is needed to build the foundation for a sustainable, resource-efficient economy,” said Mr Christiansen. “We would urge the commission to avoid shortcuts.”

But Mr Katainen said the bans would create an “opportunity for Europe to lead the way, creating products that the world will demand for decades to come”.

Packaging is the biggest single use of plastic, accounting for more than a quarter of global demand, according to a study by the Ellen MacArthur Foundation.

The commission estimates that Europe generates 25.8m tonnes of plastic waste annually, of which less than 30 per cent is recycled, 31 per cent ends up in landfills and 39 per cent is incinerated.

Campaigners welcomed the initiative but said further action was necessary.

The commission’s proposal was “a leap forward in tackling plastic pollution” according to campaign group Rethink Plastic, but they added it was “just a beginning” and stressed the need for specific reduction targets for food containers and beverage cups in EU states.

The new rules also require member states by 2025 to collect 90 per cent of single use plastic drinks bottles, a target that Mr Katainen said “will also help to generate the necessary volumes for a thriving plastic recycling industry”.

Producers will be required to contribute to the clean-up and recycling costs of balloons, cigarettes, food containers, lightweight plastic bags, wet wipes and plastic fishing gear. In addition, there would be new labelling requirements for sanitary towels, wet wipes and balloons.

The directive requires the approval of parliament and member states, which officials hope would happen within a year. As written, the bans would come into force two years after the proposals are adopted by parliaments.