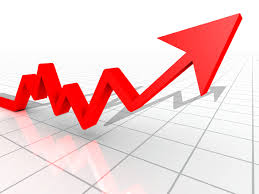 Spot ethylene prices gained ground in Europe and Asia this week as per the pricing service of ChemOrbis. These increases were supported by production activities rather than developments in energy markets as July crude futures on the NYMEX were down almost $2/barrel week over week on Friday. The US spot ethylene market, on the other hand, posted a triple-digit drop week over week.

In Europe, spot ethylene prices rose by €40/ton week over week on an FD NWE basis, according to traders in the region. When compared to early-May levels, however, spot ethylene prices suggest decreases of €30/ton. Higher PE operating rates and improved downstream demand were cited as the reasons behind the weekly pick-up in spot prices.

Borealis has restarted its Schwechat site in Austria after completing a two-week maintenance shutdown which started at the beginning of May. The company operates a Borstar PE plant and two LDPE plants at the site with a combined capacity of 545,000 tons/year. Borealis’ 350,000 tons/year Stenungsund LDPE plant was also expected to resume operations over the weekend following a planned turnaround.

Spot ethylene prices reportedly moved higher in Asia as well, rising $20/ton on the week on a CFR Northeast Asia basis while suggesting a larger increase of $70/ton when compared to early May levels. Firmer spot prices were attributed to tight availability in the region led by cracker shutdowns as well as reduced operating rates.

Taiwan’s Formosa Petrochemical has been operating its three naphtha-fed steam crackers at Mailiao at 90% of capacity since the beginning of April. The crackers, with a combined capacity of 2.93 million tons/year of ethylene, had been running at full rates in March. Japan’s Mitsubishi Chemical’s 495,000 tons/year Mizushima cracker is undergoing a 50-day turnaround which started on May 17. China’s Fushun Petrochemical’s 800,000 tons/year ethylene unit at Liaoning has also been offline for a 45-day maintenance since May 8.

According to ChemOrbis, unlike Europe and Asia, the spot ethylene market in the US witnessed a significant decrease of around $100/ton (4.50 cents/lb) on an FD USG basis, weighed down by improving supply levels. Despite slumping week over week, spot prices are hovering around the early May levels. Looking at production news, BASF-Total reached on-spec production at its 816,000 tons/year Port Arthur, Texas cracker following an outage in the second half of May. Flint Hills Resources has also resumed operations at its 616,000 tons/year Port Arthur, Texas plant over the weekend.