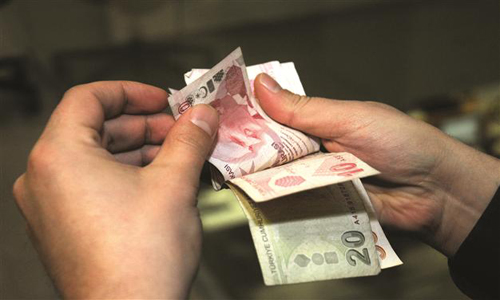 In Egypt, players report that the devaluation of the Egyptian pound against the American dollar has been affecting their business negatively, especially for imports, according to ChemOrbis. Despite the recent decreases announced on import PP and PE prices for February shipment cargoes, the strong US dollar and low dollar reserves at banks hinder import sales.

According to local media reports, the Egyptian pound has been retreating rapidly against the US dollar since January 19 after maintaining a level of around 7.14 pounds over the past six months. According to the National Bank of Egypt, the dollar rose on January 26 to 7.47 pounds.

At the end of the week, the price of the dollar reached 7.59 pounds in Egyptian banks. This week Egypt’s Central Bank refused to supply a sufficient amount of dollars into the market to support the local currency with the aim of deterring the black market from trading in foreign currencies. This move was also reported to be supported by foreign investors, according to the media reports.

The immediate effect of the rising US dollar parity has shown itself on increasing prices in the commodity markets. Importers would have to pay more in Egyptian Pounds and would need to lift their prices accordingly.

Many polymer importers operating in the country, obtaining materials in US dollars and selling in the local market on EGP terms, complained about the situation. Despite the decreases on February PP and PE import prices, many buyers are shying away from the import market.

A PS and ABS distributor operating in Cairo reported, “Overall local supplies are sufficient and we are not considering making any imports these days. The globally decreasing trend is one of the reasons for us to shy away from imports but the increasing US dollar parity, both on the official and black markets, is the other reason that pushes us away.”

A trader also complained about the increasing US parity and said that it is slowing down their sales significantly. “The depreciating EGP against US dollar is the biggest reason behind the slow trade,” he added.

Players speculate that the lack of dollar reserves in Egypt and the high dollar parity now see in both the official and black markets will furt8her discourage importers along with the globally declining price trend.

Players were expecting decreases from the local PE producer SIDPEC and the PP producer EPPC for February if it were not for the parity issues. Now, players think that the local producers may stick to their January levels or they might even try for slight increases under the current economic conditions, according to ChemOrbis.

A film products converter reported, “The local PE market levels vary from seller to seller. However, the increasing dollar parity may help them to stabilize their prices. We do not think that the decreases seen on import prices will reflect to the local market at the same ratio.”